Cruz: “I Don’t Believe President Obama is Enemy Number One” 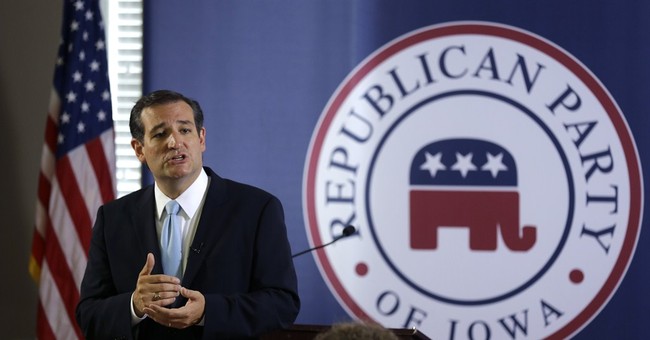 Texas Senator Ted Cruz has been caricatured by the Left as a right-wing demagogue. Cruz, they insist, is a Tea Party upstart whose presence in the upper chamber is dividing the Republican Party along sectional and ideological lines and exacerbating Congressional gridlock.

But during a sit-down interview with ABC's Jonathan Karl -- which aired on Sunday’s ‘This Week’ -- Cruz deftly countered these accusations and addressed his critics head-on. For instance, he unsparingly criticized the president for pushing a political agenda in the wake of the Sandy Hook tragedy, but assured Karl that he doesn't actually believe President Obama is “enemy number one.” In fact, he said, he respects the president because he “believes passionately in his principles.”

Senator Cruz obviously doesn’t care much for the president’s progressive worldview (which he describes as “profoundly dangerous”), but he harbors no personal ill-will or animosity towards the man. On the other hand, Cruz’s chief political concern seems to be with his own party.

“If you look at the last forty years a consistent pattern emerges,” he said. “Any time Republicans nominate a candidate for president who runs as a strong conservative we win. And when we nominate a moderate who doesn’t run as a conservative we lose.”

The segment begins by noting Cruz’s somewhat suspicious behind-the-scenes activity in Iowa recently. As Jonathan Karl noted with a chuckle, “it is an axiom of American politics that no out-of-state Senator ends up in Iowa by accident.” Cruz’s expected presidential bid therefore seems to be in its preliminary stages, especially now that he’s scheduled to visit a number of early primary states. (The Senator maintains he is merely “participating” in ongoing national discussions about the future of the country -- one of which, conveniently, happened to be in Des Moines, Iowa). Of course, no self-respecting pol -- especially one as smart as Ted Cruz -- is going to publicly admit he or she is actually laying the groundwork for a presidential run this early. But if I were a betting man, I’d say that’s exactly what he’s doing.