Poll: Race Relations Have Taken a Nosedive Under Obama 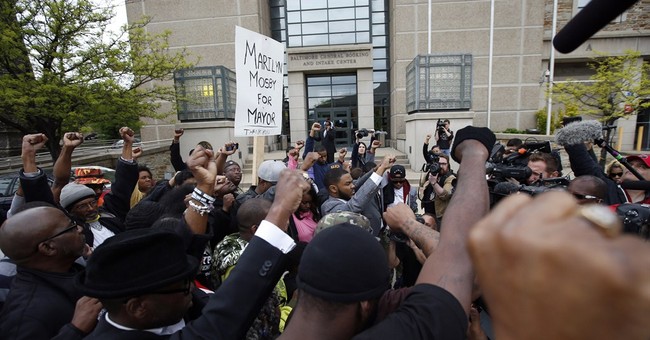 President Obama will leave many poor legacies behind: a bad deal with Iran, a massive national debt, the rise of ISIS, and an army of liberal federal judges, just to name a few. But the one positive legacy we might have hoped for -- indeed, that seemed quite promising during his 2008 campaign -- has also taken a turn for the worst. Under the president's watch, race relations have soured on a national scale.

According to a New York Times/CBS News poll, six in ten Americans think that race relations are generally bad, and four in ten think they are getting worse. What's most striking is that majorities of both black and white respondents said race relations were poor.

For some perspective, race relations were considerably better under President George W. Bush.

Considering the race-related events that have transpired in the last year or so, it's easy to understand this rise in pessimism. First there was the death of Michael Brown, a hotly contested incident in which no evidence could be produced for an indictment of the police officer. That led to street riots and the burning of a portion of Ferguson, Missouri. Then there was the death of Eric Garner, who died needlessly at the hands of overaggressive New York policemen. Then there was Freddie Gray, who died in Baltimore after being arrested by a mix of African-American and white police. That resulted in riots that wrought billions of dollars in damage to Baltimore. And then there was the Charleston church shooting, an act of overt and unquestionable racism -- yet, interestingly, one that resulted no racial retaliation but rather in Christian forgiveness and a great deal of reconciliation. Not to mention, the removal of the rebel flag from state grounds.

These events are not all the same -- they had different causes and different reasons for happening. Yet they all help to paint one sad picture: that race relations in America have deteriorated to a depressing state.

How could we have reached this point after seven years of an Obama presidency? Arthur Brooks said it best: the president ran on optimism and unity, yet he has governed on pessimism and division. In Obama's famous speech before the Democratic National Convention in 2004, he bemoaned the pundits and critics who "slice and dice" our country into red states, blue states, etc. He rightly shunned divisiveness and managed to unite much of the country to back him at the ballot box in 2008. But since taking office, he has pitted Americans against one another -- rich against poor, suburban against urban, white against minority. He has adopted the politics of agitation and jettisoned the politics of inclusion.

The next president will inherit a fraying social situation in America that needs a great deal of healing. That healing will not come by social agitation or the redistribution of wealth, or even through the Justice Department. It will require a movement among the American people themselves, one in which white and black, rich and poor engage one another in fruitful dialogue and shared lives. The social healing is possible, it just won't ever come from the hand of the government. And yet, like most things, the government -- and the president -- sure can mess it up.