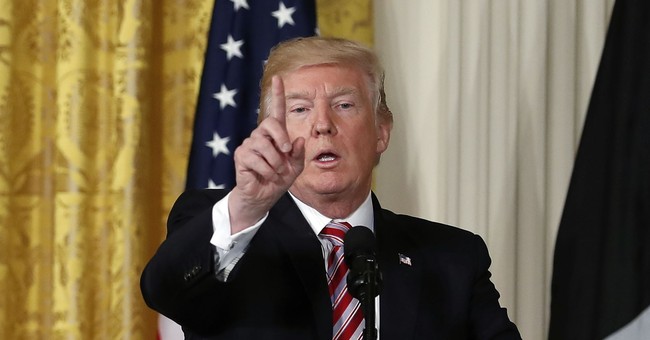 The Federal Emergency Management Agency has been doing incredible work down in Texas and Florida these past few weeks as the states recover from Harvey and prepare for Irma. Under the purview of administrator Brock Long, the agengy has been utilizing all resources to get victims the help they need. Yet, FEMA's decision to reject disaster relief funding to three churches in Texas seeking to rebuild their communities in the wake of Hurricane Harvey is causing leaders to shake their heads. All three have filed lawsuits agains the agency.

One of the churches, the Hi-Way Tabernacle, sheltered 70 people and provided over 8,000 emergency meals.

Churches in Texas should be entitled to reimbursement from FEMA Relief Funds for helping victims of Hurricane Harvey (just like others).

Sen. Ben Sasse (R-NE) noted his own frustration in a new statement.

"This policy discriminates against people of faith," he wrote. "It sends the message that communities of worship aren’t welcome to participate fully in public life.... It reduces the facilities and volunteer time, talent, and effort available to support the broader community. And it is inconsistent with the Supreme Court’s recent 7-2 ruling in Trinity Lutheran Church v. Comer.... In other words, it is unjust. It is unconstitutional. It is unreasonable. And it is impeding ongoing recovery efforts."

Sasse used a recent court ruling, Trinity Lutheran v. Comer, to bolster his argument. In that case, the judges ruled that excluding a religious organization from a public benefit for no other reason than its being a church, is "odious to our Constitution . . . and cannot stand.”

"When facilities for stamp and coin collecting are eligible for aid, but houses of worship aren’t, something has gone seriously wrong," Sasse added.

Don't be misled by this current disagreement. Trump does appear to have a good overall relationship with Long and FEMA. The two have complimented one another for their efforts in the past couple of weeks, with Long telling Fox News anchors how thankful he was that the president was so "engaged."