This Year's Profile in Courage Recipient Will Anger Conservatives 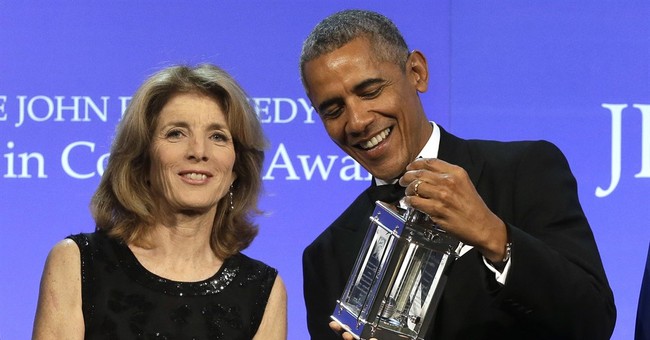 Conservatives won't like this one. This year's John F. Kennedy Profile in Courage award is going to Sen. Mitt Romney (R-UT), for the very reason conservatives don't like him: His "historic" vote to convict President Trump in his first impeachment trial, regarding his phone call with Ukrainian President Zelensky. That's in addition to Romney's "consistent and courageous defense of democracy," the JFK Library Foundation explained.

"I think his courage is an example for all of us," former Ambassador Caroline Kennedy said on the "TODAY" show on Friday.

The JFK Library Foundation announced that U.S. @SenatorRomney (R-UT) will receive the John F. Kennedy #ProfileinCourage Award for his historic vote in the 2020 presidential impeachment trial, and his consistent and courageous defense of democracy.

"He was willing to risk his career and his popularity within his own party to do what's right for our country and to follow his conscience and Constitution and his impeachment votes," she explained.

Sen. Romney is the recipient of this year's John F. Kennedy Profile in Courage Award for his vote to convict former President Trump during his first impeachment trial. https://t.co/toj7PkK4QM

"I'm very appreciative of the honor, but also humbled by it," Romney reacted.

But what the foundation sees as courage, conservatives considered cowardice. Sen. Romney was already making enemies in his party, but his vote to convict 45 really put them over the edge.

But progressive social media users weren't impressed either, many wondering why Romney was getting the trophy for just "doing his job" or doing the "bare minimum."

If this is the most courageous person you can recognize than courage is dead. The times the @MittRomney showed courage were politically calculated decisions that would not change any outcomes or have any significant impact. To say this is disappointing is an understatement