There's an Issue with One Democrat Witness for HR 1 Hearing 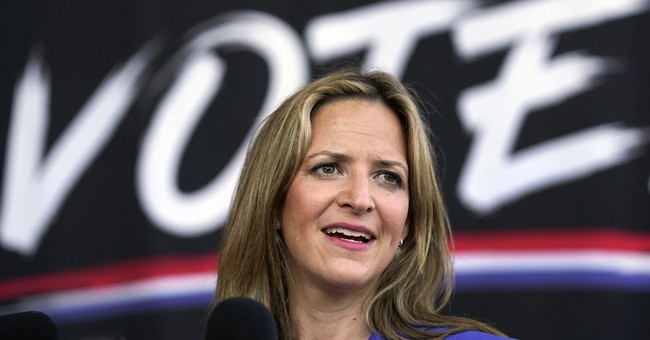 We've written extensively about HR 1, the Democrats' so called "For the People Act" which conservatives have warned would undermine the election process for years to come. Among its provisions are prohibiting voter identification laws, and mandating taxpayer funding of political campaigns.

A group of Republican attorneys general recently wrote an urgent letter to Congress outlining their concerns.

“As introduced, the Act betrays several Constitutional deficiencies and alarming mandates that, if passed, would federalize state elections and impose burdensome costs and regulations on state and local officials. Under both the Elections Clause of Article I of the Constitution and the Electors Clause of Article II, States have principal—and with presidential elections, exclusive— responsibility to safeguard the manner of holding elections," the Republican AGs wrote. "The Act would invert that constitutional structure, commandeer state resources, confuse and muddle election procedures, and erode faith in our elections and systems of governance.”

Democrats called Michigan Secretary of State Jocelyn Benson as a witness for Wednesday's Senate Rules Committee hearing on the legislation. There's one issue, however, as she's not exactly the epitome of voter integrity. Benson tried to issue guidance to Michigan clerks in early October instructing them to presume the accuracy of absentee ballot signatures.

State Court of Claims Judge Christopher Murray ruled the guidance invalid because Benson did not go through the proper rule-making process.

And this is who Democrats want representing them for testimony?

This is one of Democrats' key witnesses on election integrity?https://t.co/VRIRnyptKO

This is pretty hilarious -

Democrats called Michigan Secretary of State Jocelyn Benson as a witness for this HR. 1 hearing.

Benson last made headlines .. when a judge threw out her last-minute guidance because she violated election law.

Senate Minority Leader Mitch McConnell issued his own warning on Wednesday. If implemented, he said it would amount to a “federal takeover” of elections.