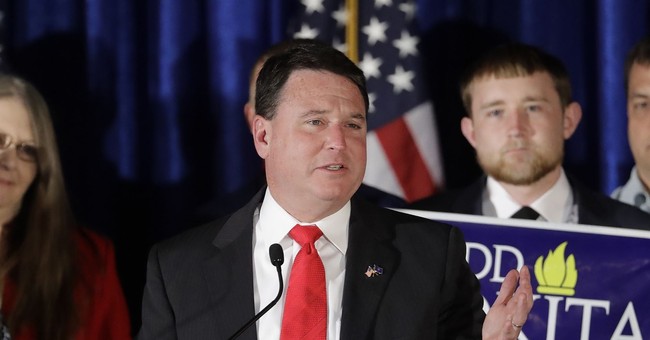 House Democrats passed HR 1 on Wednesday night with no Republican support. The legislation is claimed to support election integrity but is filled with radical line-items to overhaul the electoral system, including prohibiting voter identification laws, mandating taxpayer funding of political campaigns, and weakening voting security. Speaker Pelosi and her caucus deemed the legislation the “For the People” Act, while Republicans point out that HR 1 benefits politicians overwhelmingly.

A group of Republican Attorneys General, led by Indiana AG Todd Rokita, took note of HR 1’s flaws. The group wrote to congressional leadership in both parties, arguing that HR 1 is unconstitutional.

“As introduced, the Act betrays several Constitutional deficiencies and alarming mandates that, if passed, would federalize state elections and impose burdensome costs and regulations on state and local officials. Under both the Elections Clause of Article I of the Constitution and the Electors Clause of Article II, States have principal—and with presidential elections, exclusive— responsibility to safeguard the manner of holding elections," the Republican AGs write. "The Act would invert that constitutional structure, commandeer state resources, confuse and muddle election procedures, and erode faith in our elections and systems of governance.”

The attorneys add that the effort to undermine voter identification laws, which are overwhelmingly popular, via HR 1 only puts the sanctity of elections in greater jeopardy.

“...the Act would dismantle meaningful voter ID laws by allowing a statement, as a substitute for prior-issued, document-backed identification, to ‘attest[] to the individual’s identity and . . . that the individual is eligible to vote in the election.’ This does little to ensure that voters are who they say they are. Worse, it vitiates the capacity of voter ID requirements to protect against improper interference with voting rights,” they continued. “Robust voter ID laws, however, require all voters to present photo identification, i.e., objective, on-the-spot confirmation of the right to vote that immediately refutes bad-faith challenges based on vaguely articulated suspicions. Fair election laws treat all voters equally. By that standard, the Act is not a fair election law.”

The legislation would need the support of 10 Republican Senators in order to land on President Biden’s desk and overcome a filibuster.