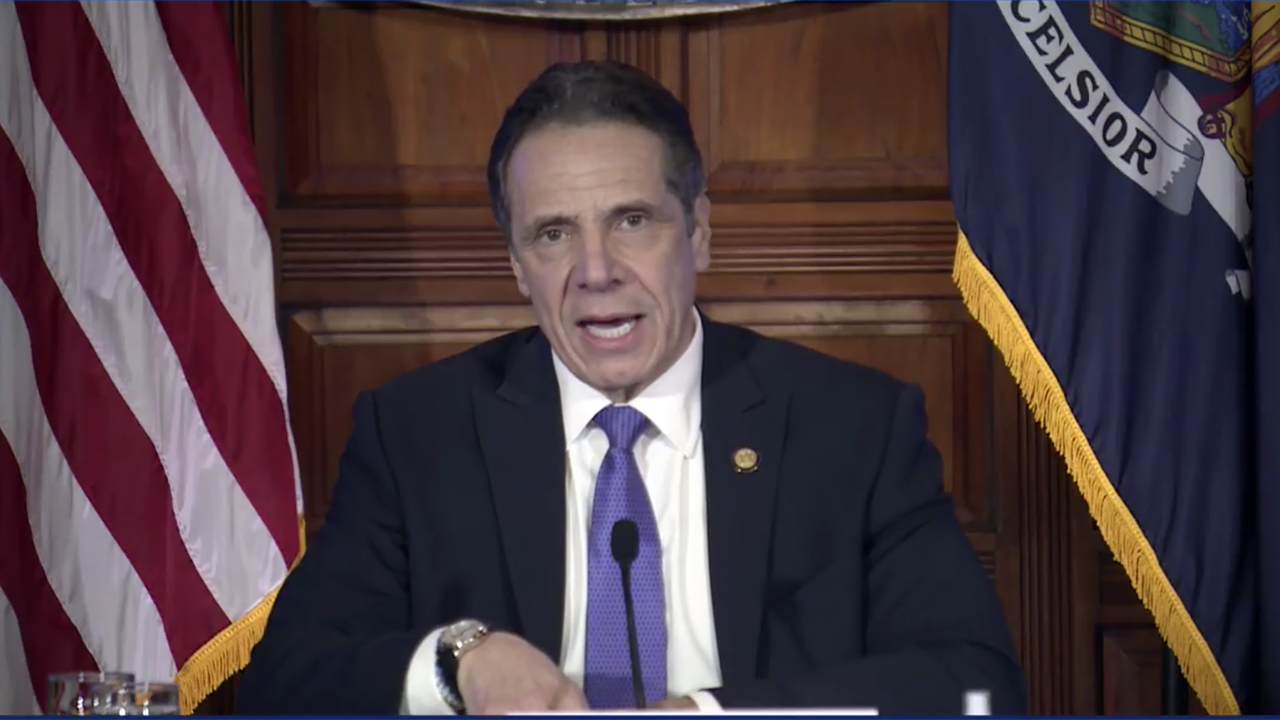 New York Gov. Andrew Cuomo has never really gotten along with the state's Working Families Party. The members tend to support more progressive candidates and policies. For instance, in 2018, they initially endorsed former "Sex and the City" actress Cynthia Nixon for governor.

And yet, despite their differences, the party decided to back Cuomo for governor in the end. Granted, it was a rather lukewarm endorsement, telling voters that Cuomo would at least be better than Republican Marc Molinaro. As you can hear in the unearthed audio below, the governor didn't take kindly to the party's language.

"‘If you ever say, 'Well he’s better than a Republican’ again, then I’m going to say, ‘You’re better than a child rapist,’” Cuomo told the Working Families party leader.

The New York Times recently gave us a few other examples of when Cuomo tried to sweep the party under the rug.

Cuomo has tried all sorts of things to kill the W.F.P. In 2014, he created the shell Women’s Equality Party to siphon votes from Working Families. Unions allied with Cuomo have left the W.F.P., threatening its funding; W.F.P. leaders believe Cuomo twisted their arms. The governor reportedly pressured Letitia James, New York’s attorney general and a longtime W.F.P. stalwart, to reject the party as a price of his support in her 2018 race. He maneuvered to end fusion voting — while denying that that was what he was doing — and used the state budget to triple the number of votes third parties need to keep their ballot lines. According to Politico, the governor has told people he wants to destroy the party. (New York Times)

Governor Cuomo tried to ruin the Working Families Party. It helped ruin him instead.

How the Left Made Cuomo Vulnerable https://t.co/PU8i7sqMTD

Earlier this month, the party had no problem calling on Cuomo to resign in light of his pair of scandals.

“Andrew Cuomo’s reign of fear, harassment, and intimidation cannot continue,” NYWFP state director Sochie Nnaemeka told The Hill. “We are calling on Governor Cuomo to resign immediately because he is unfit to serve the people of New York."

Cuomo's current downfall began as we started to get a fuller picture about how his administration withheld the actual number of individuals who died from COVID in nursing homes the past year. According to an investigation conducted by the state attorney general's office, the Cuomo administration may have undercounted nursing home deaths by as much as 50 percent. We now know that around 15,000 people perished from COVID causes in elder care facilities. Secretary to the Governor Melissa DeRosa admitted in a phone call with Democratic lawmakers that they withheld the data from legislators because they feared a federal investigation.

Then, seven women came forward to accuse the governor of sexually harassing them, including a few former state employees. Cuomo denies ever inappropriately touching anyone and has rebuffed calls for his resignation.