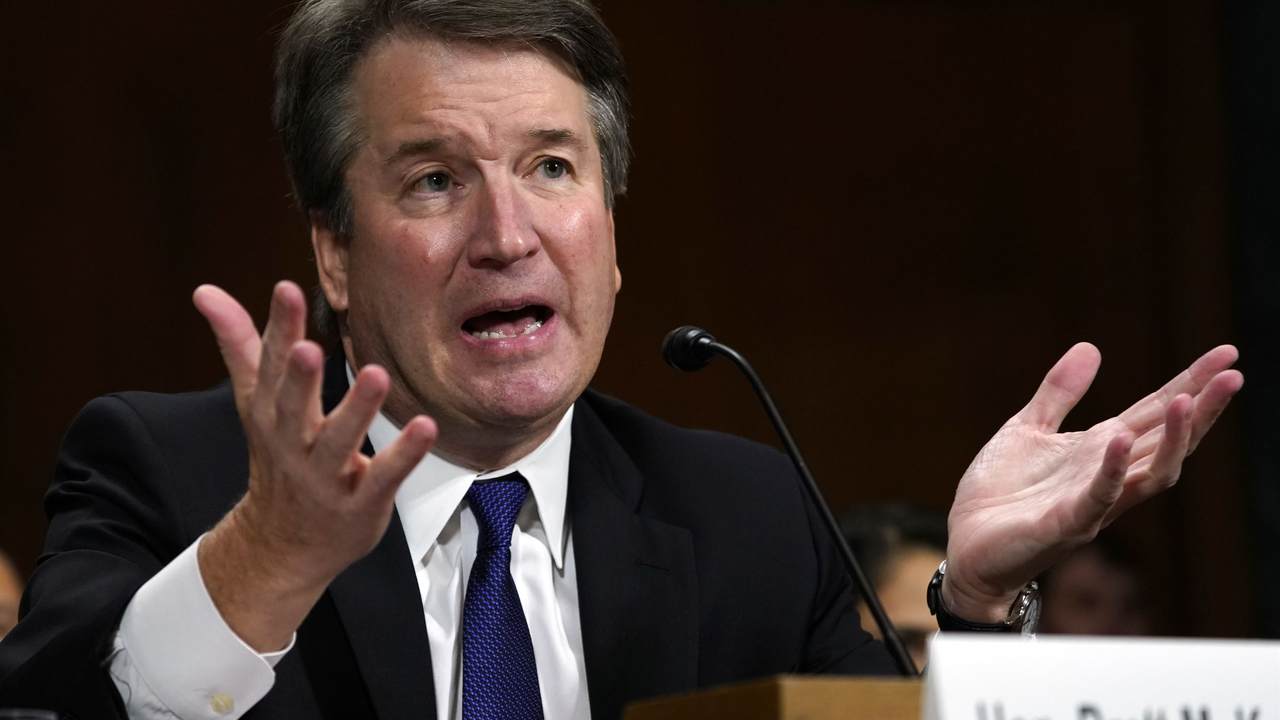 Where is Rep. Alexandria Ocasio-Cortez (D-NY)? She had plenty to say about Supreme Court nominee Brett Kavanaugh, but suddenly nothing to say about Gov. Andrew Cuomo? At the time of his confirmation hearings, Kavanaugh was accused of sexual assault by Christine Blasey Ford. And now Cuomo has been accused of sexual harassment by a former employee. His former aide, Lindsey Boylan, in a very detailed piece for Medium, recounts how Cuomo once asked her to play strip poker and kissed her on the lips without permission. But Democratic legislators aren't exactly rushing to give comments to the press.

"Sexual assault isn't a crime of passion - it's about the abuse of power," AOC said of Kavanaugh in September 2019. "He must be impeached."

But she's mum so far on Boylan's accusations.

The NY Post made note of several other female Democrats who were vocal during the Kavanaugh hearings but apparently don't care to take sides in this instance.

Rep. Carolyn Maloney (D-Manhattan) issued a prepared statement in which she said, “All survivors of harassment and assault deserve to be heard and…have their case thoroughly investigated.”

By contrast, she tweeted “#BelieveWomen” in support of Christine Blasey Ford during Senate confirmation hearings over Brett Kavanaugh’s successful, 2018 nomination to the US Supreme Court.

It’s sickening to think of what Brett Kavanaugh endured compared to Gov Cuomo. The media downplays Cuomo but went into an uproar over Kavanaugh. So-called Womens groups attacked Brett but are silent now. Cuomo’s accuser actually knew him, which is more than can be said re Ford.

"The cultural/political hypocrisy on display now is sickening," Fleischer added. "Next time a Republican is accused of harassment, remember the media’s  treatment of Cuomo, not to mention Biden."

There are some exceptions. For instance, actress Rose McGowan, who was one of the first actresses to accuse Hollywood producer Harvey Weinstein of assault, said she believes Boylan.

"I completely stand by Lindsey Boylan," McGowan told Fox News. "Its truth leaks from every word on the screen that she wrote. She, none of us, should endure what she endured. If they're doing it to her, what are they doing to constituents? What is he going to do to what he considers the little people? It's monstrous."

Gov. Cuomo has denied the allegations, saying they're "just not true."