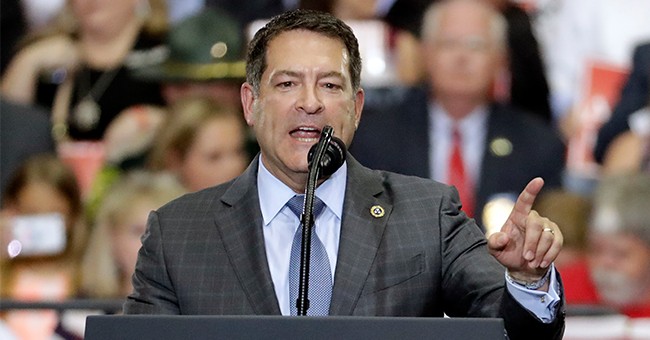 Rep. Mark Green (R-TN) served in a special operations unit in the military. He saw about 700 of his friends and comrades killed by Iranian-backed specialized IEDs.

"My brothers and sisters were killed in Iraq by Iranian-backed specialized IEDs," he explained in a recent Fox News interview.

He mentions it, because President Biden is in talks to rejoin the Joint Comprehensive Plan of Action, better known as the Iranian nuclear deal. President Obama signed the agreement in July 2015. But President Trump withdrew the U.S. from the agreement and reimposed sanctions on the regime because Iran was not complying with the deal, including stonewalling inspectors from military sites, as former U.S. ambassador to the United Nations Nikki Haley has attested.

I wore the uniform, I saw my brothers and sisters in arms seriously injured and killed in Iraq by Iranian-backed specialized IEDs.

Now the Biden Administration wants to handshake with Tehran? I have a problem with that. pic.twitter.com/yaEPzeiQTZ

"That whole thing really enforced nothing," Rep. Green said in summary of the nuclear deal.

What makes matters worse, Green explained, is that Biden is meeting with Iran only days after more Americans were killed by Iranian-backed militia at the airport in Erbil.

"Now, only days after Americans are killed by Iranian-backed militia in Erbil, they're talking about meeting with Iran?" he asked. "I mean, that's insane. It makes no sense. No one would do this. No student of international relations would say, 'Yeah! Hey, let's meet with the guys that just killed Americans.'"

Other Republican lawmakers are sounding off on the White House's agenda.

Iranian-backed forces just attacked American troops in Iraq. Instead of retaliating, what does President Biden do? Prepares to lift sanctions on the regime & begs to reopen diplomatic talks. The Iranian regime will continue to exploit @POTUS's weakness.https://t.co/04S2ifD4ZY

Katie also addressed the timing of Biden's meeting with Iran in her latest column, noting that the new president is "breathing new life into Iran’s genocidal agenda."