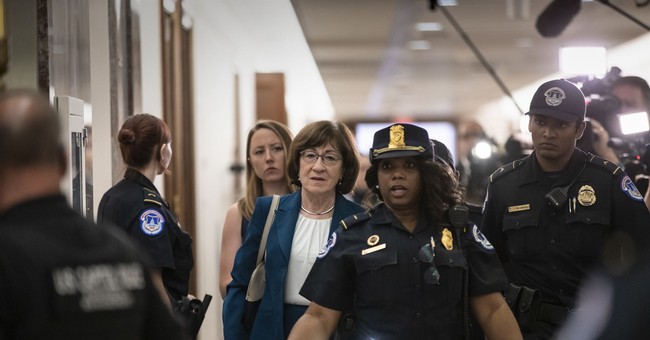 A few of the other tweets in the same controversial thread are still online.

I don't understand why you can't CONDEMN VIOLENT POLICE & acknowledge LOOTING as a VITAL form of social PROTEST.

And, how about YOU not use sterilized language when referring to state sanctioned murder while maligning protests against the systemic racism that enables it. 1/2 https://t.co/soWSsgPiEH

When critics pushed back at his assessment and suggested that we try police reform, Tatro equated that idea to Nazi reform.

"To all those people who want to reform the police because all cops aren't bad, should we just go ahead and revive Nazism because all Nazis weren't bad? I didn't think so. Case closed," he wrote.

The NRCC tallied up Tatro's takes.

For those keeping score at home, the @dccc is defending a top staffer who:

Capitol Police officer Brian Sicknick lost his life after protecting lawmakers during the January 6 riots. Another officer, Eugene Goodman, was captured on video directing the mob away from lawmakers and the Senate unanimously awarded him the Congressional Gold Medal for his bravery.

The New York Post also pointed out that Tatro is a former gang member who served time in prison. In response, the DCCC said it was a "trash headline," that Tatro had served his time, and that they happily hired Tatro because he became "a national leader in a bipartisan movement to reform prison education systems."