Schoen Argues: Why Didn't the Democrats Release This 'Never-Before-Seen' Footage Before? 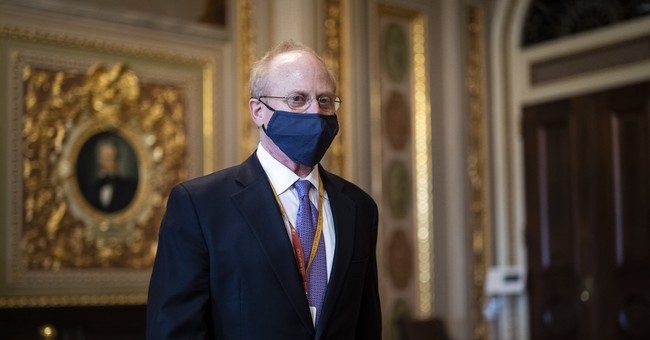 The Democratic impeachment managers kept teasing that they had "never before seen" footage they were going to present in their case against Donald Trump. They predicted that the video would be compelling enough to perhaps change a few Republicans' minds and vote to convict former President Trump for inciting the January 6 Capitol riots.

The footage included video of Vice President Mike Pence being evacuated to safety, and Capitol Police officer Eugene Goodman running toward Sen. Mitt Romney (R-UT) and telling him to turn and run. Some media referred to the new evidence as "horrific."

The clips, some previously public and others drawn from newly disclosed Capitol security footage, showed Vice President Mike Pence's evacuation from the building and Capitol Police officer Eugene Goodman — already a hero for his actions to divert insurrectionists from the Senate chamber — telling Sen. Mitt Romney (R-Utah) to turn around shortly before Goodman confronted the heavily armed pack.

But defense lawyer David Schoen presented a few questions about that new footage.

On the fourth day of the impeachment trial on Friday, Schoen asked the prosecution, "Why was this footage never seen before?"

"More importantly, the riot and attack on this very building was a major event that shocked and impacted all Americans? Shouldn't the American people have seen this footage as soon as it was available?"

David Schoen on never-before-seen footage used by House Impeachment Managers: "Why was this footage never seen before? Shouldn't the subject of an impeachment trial, this #ImpeachmentTrial President Trump, have the right to see the so-called new evidence against him?" pic.twitter.com/0OfZoo91SE

He suggested a few answers to his own questions. The Democrats may have held on to those videos for "political gain without due process," Schoen said. Or the result of the rush of a snap impeachment?

"How did they get" the footage? Schoen asked. "How are they the ones releasing it?"

There are still hundreds of open criminal cases related to the riots, he continued. Why was the footage not released by law enforcement?