Susan Sarandon Has an Important Question for Biden, Harris, Warnock and Ossoff 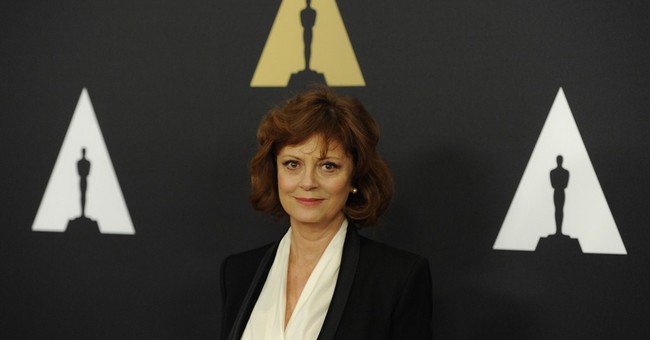 Actress Susan Sarandon has never been one to go along with most of Hollywood and support the Democratic nominee for president. Her glum face at the 2016 Democratic National Convention when Hillary Clinton was crowned said it all. Like many Sen. Bernie Sanders' supporters, Sarandon felt as though the DNC had unfairly rolled out the red carpet for Clinton.

And now the Oscar winner is holding President Biden accountable. Like other critics, she observed that it seems he's reneging on his pledge to send out $2,000 stimulus checks.

Where are the $2K checks you promised @JoeBiden @KamalaHarris @ReverendWarnock @ossoff? At a time when only 39% of Americans could afford a $1,000 emergency & over 15 million have lost employer-sponsored health insurance, the diff between $1,400 & $2K is a matter of survival. https://t.co/a8FUChHFin

"If voters feel like Dems are pulling a bait and switch, don't be surprised when they don't show up in 2022 or 2024," Sarandon added.

"During the Georgia runoffs, President Biden campaigned specifically on $2,000 stimulus checks," she asked. "Obviously, as we have discussed the payment is $1,400, there doesn't seem to be an active discussion on actually raising that amount. So is that a broken promise to voters who may have been expecting $2,000 checks?"

Psaki insisted that the round of $600 stimulus payments delivered in December was a down payment.

Biden supporters made the same point on Sarandon's Twitter page. But the actress replied with proof that Biden and the Georgia Democrats were campaigning on $2,000 checks.

There is one check pictured in this Warnock ad, not two checks for $600 and $1,400. pic.twitter.com/6wqgBkSNx6

Sarandon has also questioned House Speaker Nancy Pelosi's leadership, earning her the nickname "the James Woods of the left."