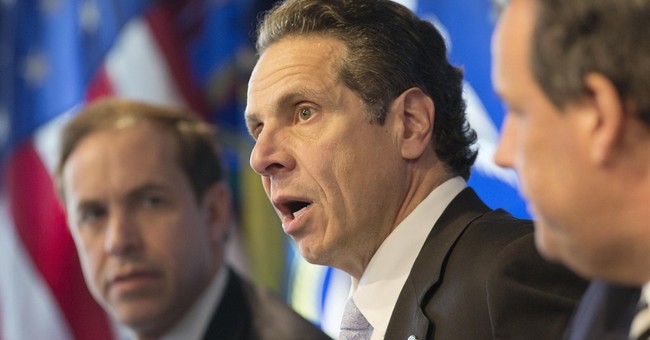 Lawmakers are beginning to make their moves against the Cuomo administration. The catalyst they needed was New York Attorney General Letitia James's report revealing that the state Department of Health seriously undercounted the number of COVID-related fatalities in nursing homes. The shocking investigation found the count may have been off by as much as 50 percent.

On Tuesday New York lawmakers advanced a motion to subpoena New York Health Commissioner Howard Zucker for their misleading data. And Rep. Elise Stefanik (R-NY) has also asked the Department of Justice to "immediately issue subpoenas" for Zucker, Gov. Cuomo and their staff on all documentation and communications related to their nursing home policies. Policies such as Cuomo's March 25 mandate that forced nursing home facilities to accept recovering COVID patients.

They and other concerned citizens got a win on Wednesday when the state Supreme Court ruled in favor of a lawsuit filed by the Empire Center for Public Policy against the Cuomo administration under the Freedom of Information Law to release more data. The judge also awarded attorney’s fees and court costs to the Empire Center.

New York State Supreme Court Justice Kimberly A. O’Connor ruled in favor of the Empire Center for Public Policy and Senator Jim Tedisco’s (R,C-Glenville) lawsuit on behalf of the thousands of families who lost loved ones to COVID-19 in state-regulated nursing homes, against the Cuomo Administration and the New York State Department of Health (DOH) to publicly release data related to the deaths of nursing home residents who were transferred to hospitals last year and died from the coronavirus.

The New York DOH has five business days to respond to the request.

“Clearly the best disinfectant is sunlight,"  Senator Jim Tedisco said of the scandal. "Governor Cuomo’s coronavirus cover-up is crumbling down.  Last week, the Attorney General issued a scathing report that begun to lift the Cuomo Administration’s veil of secrecy that was hiding the real number of nursing home residents who died from COVID-19. It’s obvious that the Governor’s six-month cover-up and refusal to give us these numbers shows he felt they mattered so he could hide any blame. History has shown that the cover-up is often worse than what’s being covered-up. Sadly, a lack of transparency has been a hallmark of this Administration. I want to thank Justice O’Connor for her ruling that demonstrates that this nursing home data is public information and the people have a right to know what their government is doing."