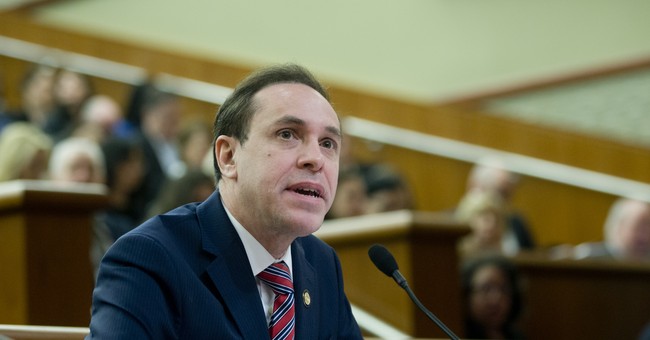 When New York Attorney General Letitia James released her office's report on the number of COVID-related nursing home deaths, it was shocking but not entirely surprising based on the stonewalling the press has received from the Cuomo administration. The report confirmed rumors that the New York Department of Health had severely undercounted the fatalities, for they failed to include those individuals who died after being transferred to hospitals. According to James's office, their reporting finds that the number may have been undercounted by as much as 50 percent.

And New York lawmakers are moving quickly, demanding accountability from the administration. New York state Sen. Tom O'Mara thinks a good starting place is to subpoena Health Commissioner Howard Zucker. He advanced a motion to do so during Monday's Senate Investigations Committee meeting.

Democrats didn't like what he had to say, because by the end of the meeting they reportedly muted O'Mara's microphone. He also got an earful from Investigations Committee Chairman James Skoufis.

"I didn't get the courtesy of even a heads up that you'd be making this motion and instead you decided to ambush me and the committee with this motion," Skoufis charged.

After that heated moment, New York state Senate Republicans tried to get #OMaraMUTED trending on Twitter.

So this just happened.

REMINDER: All #NYSenateGOP was asking for was that the Investigations Committee issue long-overdue subpoenas on NY nursing homes.#OMaraMUTED https://t.co/avqw9yJKED

Rep. Elise Stefanik (R-NY) says the buck should stop even higher. If an investigation finds a "criminal coverup" in the state's nursing home tragedy, she argued, Gov. Cuomo should resign.