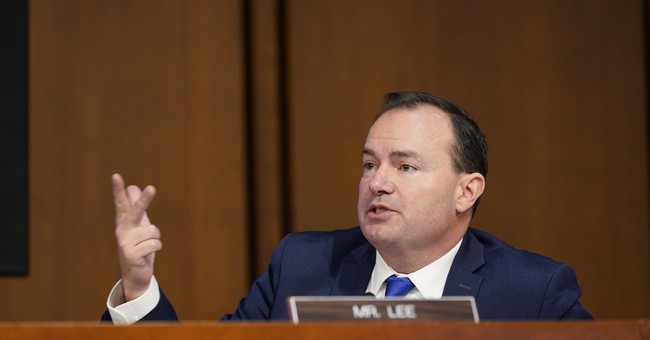 It’s a day that ends in “y,” so Rep. Alexandria Ocasio-Cortez (D-NY) is picking a fight with a conservative senator.  On Thursday Sen. Mike Lee (R-UT) blocked a bill that would approve two proposed Smithsonian museums, the National Museum of the American Latino and the American Women’s History Museum. The bill, presented on a bipartisan basis by Sen. Bob Menendez (D-NJ) and Sen. John Cornyn (R-TX), already unanimously passed the House. But, Sen. Lee believes the museums would "further divide an already divided nation."

"My objection to the creation of a new Smithsonian museum or series of museums based on group identity, what Theodore Roosevelt called hyphenated Americanism, is not a matter of budgetary or legislative technicalities," Lee explained. "It is a matter of national unity and cultural inclusion."

"The so-called critical theory undergirding this movement does not celebrate diversity; it weaponizes diversity," he continued. "I understand what my colleagues are trying to do and why. I respect what they're trying to do. I even share their interests in ensuring that these stories are told. But the last thing we need is to further divide an already divided nation with an array of segregated, separate-but-equal museums for hyphenated identity groups."

No movement on COVID in the Senate but good to know Utah Sen. Mike Lee is spending his time today giving speeches about why Latinos shouldn’t have a national history museum and oh, while we’re at it, why there shouldn’t be a women’s history museum either https://t.co/nJE4QnM7nl

Sen. Menendez accused Lee of "standing in the way of the dreams and aspirations of seeing Americans of Latino descent having their dreams fully recognized."

Some conservative Latinos, however, appreciated Sen. Lee's actions because agreeing to the measure would have amounted to bowing to the "woke" crowd.

.@SenMikeLee stopped a permanent altar to the woke Latinx left & I’m very grateful. Progressives put *latinos* into this pan-ethnic category without taking into account our varied countries of origin and experiences. The Hispanic Caucus doesn’t speak or represent all latinos. https://t.co/fltWCtN24d