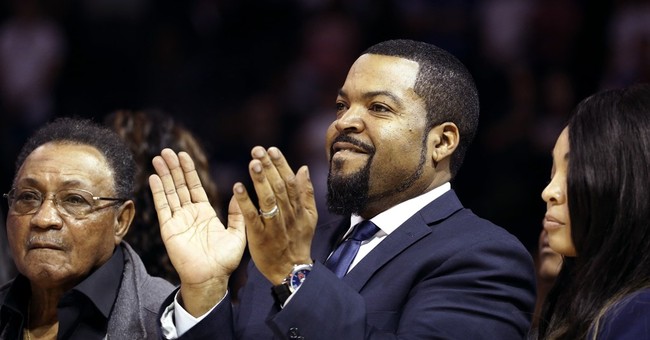 Rapper Ice Cube recently posted a video on Twitter asking some important questions about the status of the black community.

"Why do we continue to flounder at the bottom?" he wondered earlier this week.

And he answered his question. It's because the current system, he said quite plainly, is "f***ed up."

"There's a dedication to keeping us at the bottom of this country," he adds.

And he doesn't know if he can trust either political party on the issue. So he's leading the fight, and that fight took him to the Contract with Black America, an effort recently unveiled by the Trump administration. Watch his full comments below. (*Warning: more graphic language where that came from*)

"Everybody's mad at me because I haven't been on the gravy train of some of these candidates, especially Joe Biden and Harris," Cube said. "I don't trust none of them. No president has done right by us."

So he's been talking to as many lawmakers as he can to talk about the real issues. He says that the Democrats have been "nice" and "cordial," but they're not getting much done.

"The Democrats they've got every black celebrity and shit on their team so they figure, tell Cube to shut the f*** up and vote," he said. "So I ain't going to do that. I'm going to push the program."

He said his meetings with the GOP went a little better.

"They moved the agenda a lot because of what we said," he confirmed.

Trump campaign senior adviser Katrina Pierson confirmed that the rapper had worked with the Trump administration on the recently unveiled Platinum Plan, which, in part, designates $500 billion for black communities to increase capital access.

Leftists lost it. Some were distraught that their favorite hip-hop hero was now working with "the dark side." But Ice Cube doesn't care. He explained in a few follow-up tweets that he's simply going where he knows he can help usher in some real progress on black empowerment.

Facts: I put out the CWBA. Both parties contacted me. Dems said we’ll address the CWBA after the election. Trump campaign made some adjustments to their plan after talking to us about the CWBA.

Black progress is a bipartisan issue. When we created the Contract With Black America we excepted to talk to both sides of the isle. Talking truth to power is part of the process.