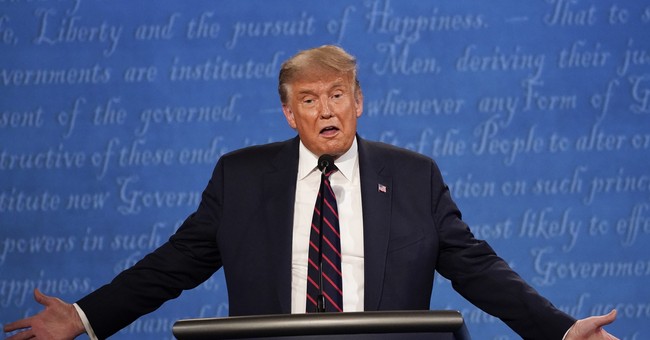 C-SPAN host Steve Scully was poised to moderate the second presidential debate on October 15. Conservatives had their concerns about him, considering he once interned for then-Sen. Joe Biden and has posted party pictures with

So, with Scully already on the watch list of Trump supporters, imagine how they erupted when he tweeted out a strange question for former White House press secretary turned Trump enemy Anthony Scaramucci," should I respond to the president?"

The tweet disappeared in a matter of hours, but the negative coverage didn't. And now critics are demanding he resign.

Moderator Steve Scully deleted this tweet. Neither he nor the Presidential Debate Commission have addressed why he was asking a Trump loather for counsel on responding to Trump. Horrific problem here for the "independent" debate commission, in their worst year ever. https://t.co/rqChwmySQl

And now, Frank Fahrenkopf, Chairman of the Commission on Presidential Debates, is arguing that Scully's account was hacked. Listen to his interview with Fox News's Brian Kilmeade here.

"Steve is a man of great integrity, okay?" Fahrenkopf said on "The Brian Kilmeade Show" Friday morning.. "I don't know this question about whether he tweeted something out or not, I do know, and you'll probably pick up on it in a minute, that he was hacked...Apparently, there's something now that's been on television and the radio saying that he talked to Scaramucci...He was hacked. It didn't happen."

Commission on Presidential Debates (CPD) co-chair Frank Fahrenkopf tells me that he was told debate moderator Steve Scully's Twitter account was hacked but adds he has no direct knowledge.

Hm. As you can imagine social media users are having a hard time believing that one, especially because Scaramucci responded to Scully, instructing him to "ignore" the president.

"He is having a hard enough time," Scaramucci sarcastically wrote. "Some more bad stuff about to go down."

The next round of debates are currently up in the air. The CPD wanted to make their second debate virtual, citing safety concerns after President Trump's positive coronavirus test. But the Trump campaign refused, accusing the commission of intentionally changing plans because Vice President Mike Pence so easily won his debate against Sen. Kamala Harris (D-CA) and they're trying to stop their momentum. So, now Trump and Biden are trying to hammer out a new schedule so they can meet in person again.