Sen. Mike Lee Lights into Comey: 'I Trusted You' 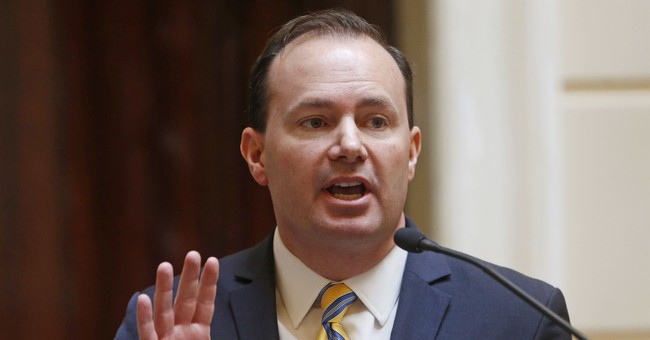 But his trust was placed in the wrong person. Under Comey's leadership, the FBI was able to rely on an unverified, salacious dossier to obtain a FISA warrant against Carter Page, a foreign policy adviser for then-candidate Donald Trump in 2016, because of alleged ties to Russian operatives. The FISA application, DOJ IG Michael Horowitz found, had 17 significant errors or omissions in it.

"When I asked you in my office and later in committee hearings...what you would do to help make sure that the FISA process was respected and not manipulated, you gave me your word," Lee recalled. "I have to say today, I'm very disappointed to see that those promises announced to me seem very insincere."

Throughout Wednesday's hearing on the FBI probe into the Trump campaign's supposed ties to Russian operatives, Comey said that he just wasn't aware of all the moving parts that went into obtaining the FISA warrant against Page.

.@LindseyGrahamSC: "You don't recall getting an investigatory lead from the intelligence community?...September the 7th..."

Comey: "That doesn't ring a bell with me"

Graham: "That's a pretty stunning thing, it didn't ring a bell but it did come to you"

“I don't remember any information reaching me about the source for Steele," Comey said. That baffled many members on the panel.

"Mr. Comey, with all due respect, you don't seem to know anything about an investigation that you ran," Lee fumed.

And yet now, Sen. Lee observed, as a private citizen, Comey is "speculating freely" that Russia may have something over President Trump. Lee says he hopes he "misunderstood" the witness.

But, according to Comey, that could explain why the president acts the way he does. For instance, when he was in Helsinki and "took Vladimir Putin's side against his own intelligence community."