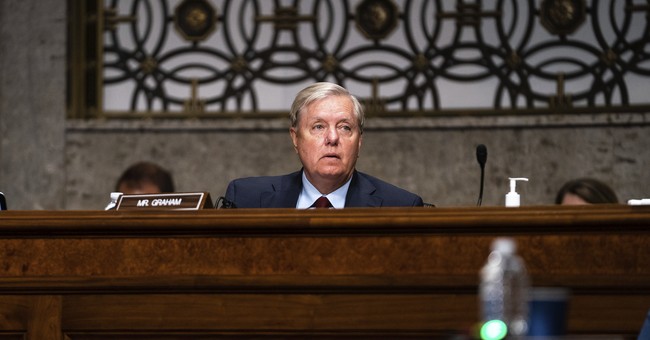 Senate Judiciary Committee Chairman Lindsey Graham opened Wednesday's hearing on Crossfire Hurricane by recalling how the FBI entered one of the darkest moments in its history when it sought a FISA warrant against Trump campaign adviser Carter Page for suspect ties to Russian intelligence operatives. The Christopher Steele dossier relief on to obtain the warrant "had so many holes in it it became a joke," Graham said. He also referred to the dossier as "salacious as hell" and a "bunch of crap."

Department of Justice Inspector General Michael Horowitz appeared to agree. In his report on the FISA application against Carter Page, Horowitz found that the FBI failed to meet "basic obligations" when applying for warrants. He found 17 significant errors and omissions in the application.

Chairman Graham read into the record a letter from the DOJ lawyer who signed off on the FISA application.

"The attorney advises that had he/she been aware of the significant errors and omissions identified by the OIG inspector general and the errors in the Woods process, he/she would not have signed the Carter Page FISA applications," the letter reads. "The OI attorney further advises that he/she is not aware of any additional errors or omissions in the Page FISA applications under Crossfire Hurricane investigation or generally that were not identified in the OIG report."

"This is yet another person saying if I knew then what I knew now, I wouldn't have signed this report," Graham observed, noting that former Deputy Attorneys General Rod Rosenstein and Sally Yates, who signed the application, said the same.

The FISA court itself admitted in January that the warrants were invalid.

Knowing all the inconsistencies in the application process, Graham asked Comey if he stood by the Crossfire Hurricane investigation.

"It was done by the book," Comey replied. "It was essential that it be done." Overall, he said he's "proud" of the work they did during the investigation.

He also asserted that, while the dossier was "important," he doesn't know if it was "essential" to obtain the warrant. Comey said he was ignorant about the source of the Steele dossier claims.

Graham said the goal of the Judiciary should be to "make sure this never happens again."