Chris Rock: Democrats Paved Way for the Pandemic Because of Impeachment 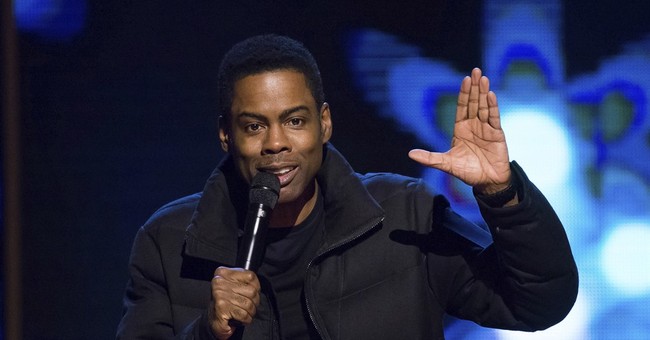 Comedian Chris Rock will tell you that the "pandemic crowds" are the best kinds of audiences.

And so he found himself in front of one of these enthusiastic pandemic crowds when he performed a gig at one of Dave Chappelle's live shows in July. As he explained to the Times, his set focused mainly on American politics. And conservatives are eating up Rock's message for House Speaker Nancy Pelosi.

I talked about our political whatever. America. Part of the reason we’re in the predicament we’re in is, the president’s a landlord. No one has less compassion for humans than a landlord. [Laughs.] And we’re shocked he’s not engaged.

Did you ever see that movie “The Last Emperor,” where like a 5-year-old is the emperor of China? There’s a kid and he’s the king. So I’m like, it’s all the Democrats’ fault. Because you knew that the emperor was 5 years old. And when the emperor’s 5 years old, they only lead in theory. There’s usually an adult who’s like, “OK, this is what we’re really going to do.” And it was totally up to Pelosi and the Democrats. Their thing was, “We’re going to get him impeached,” which was never going to happen. You let the pandemic come in. Yes, we can blame Trump, but he’s really the 5-year-old.

Put it this way: Republicans tell outright lies. Democrats leave out key pieces of the truth that would lead to a more nuanced argument. In a sense, it’s all fake news.

Some top Republicans would agree. OK, not with that last part. But the part about wasting time on a months long impeachment trial? Yeah, that part hits home. Just how much time and effort could have been dedicated to the Chinese threat if Democrats weren't still talking about that Ukraine phone call?

Senate Majority Leader Mitch McConnell told radio host Hugh Hewitt in March that Sen. Tom Cotton (R-AR) was the first lawmaker to bring the virus to his attention. But because of the Democrats' tunnel vision, he argued, he was distracted.

"And it came up while we were tied down on the impeachment trial," McConnell said. "And I think it diverted the attention of the government, because everything every day was all about impeachment."