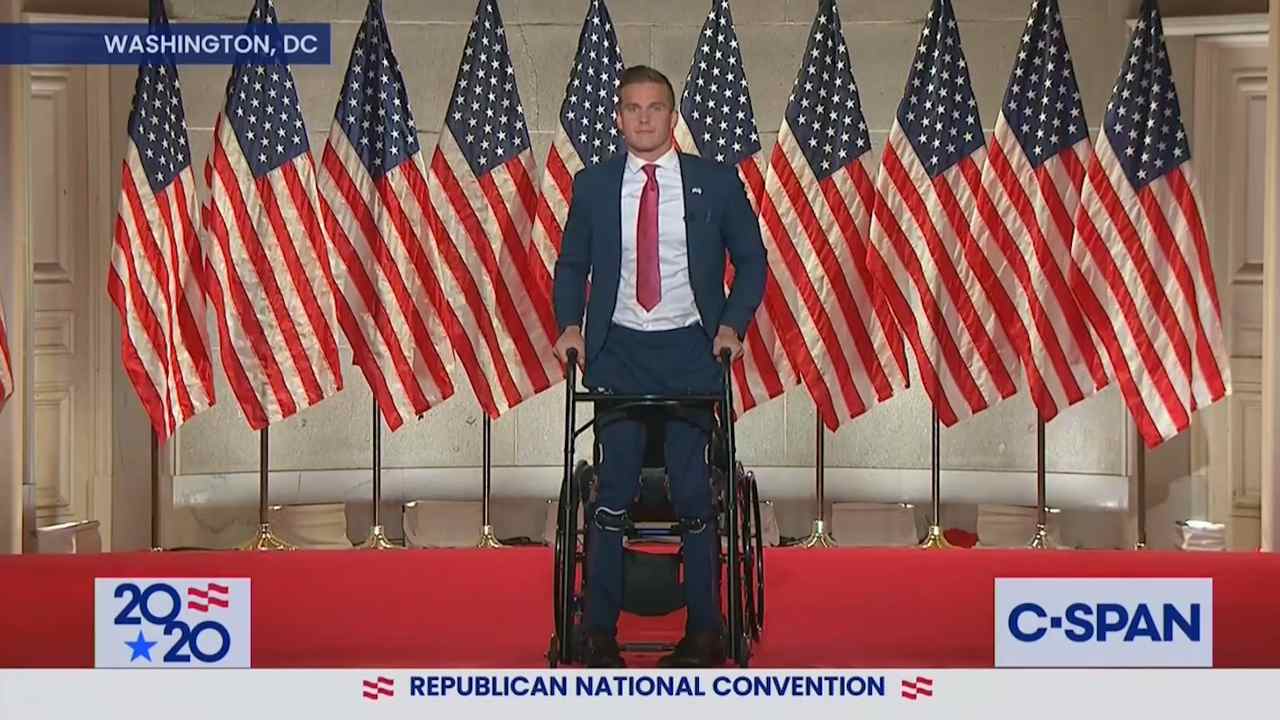 Madison Cawthorn, the young conservative whose star has been rising in recent weeks, is facing off against Moe Davis in North Carolina's 11th congressional district. Davis is a 62-year-old attorney and retired U.S. Air Force colonel, who apparently has a temper.

In a recent debate between the two men hosted by Blue Ridge Public Radio and Smoky Mountain News, panelist Pete Kaliner confronted Davis about a string of profane messages he's tweeted over the past several months, including this one from last September 11, where he encouraged violence against the GOP.

Screw they go low, we go high bullsh*t. When @NCGOP extremists go low, we stomp their scrawny pasty necks with our heels and once you hear the sound of a crisp snap you grind your heel hard and twist it slowly side to side for good measure. He needs to know who whupped his ass.

My 25 year old homeschooled, college-dropout, lying, white nationalist friendly, misogynistic, sexual aggressive, multimillionaire (with no job) opponent with policy views that would make George Wallace proud has the full weight of the Republican Party behind him.

Davis has shared just as vile remarks when talking about President Trump, First Lady Melania Trump and their supporters.

"You've got to be a 100% purebred worthless scumbag asshole to do a grinning photo doing a thumbs up while your foreign-born nude model 3rd wife holds the baby of 2 parents who were slaughtered by another asshole who was carrying out your racist a**hole agenda!"

Cawthorn simply used Davis's own violent words in a new campaign message, reminding Davis that he has literally had his spine snapped. When he was younger, he was in a car accident that left him partially paralyzed.

My opponent repetitively advocates for violence against his political foes. The sad part is this same guy has gone to bat trying to keep terrorist from getting water boarded. He wants to protect America’s enemies while simultaneously calling for his fellow countrymen to suffer. pic.twitter.com/c7U8jTpZt1