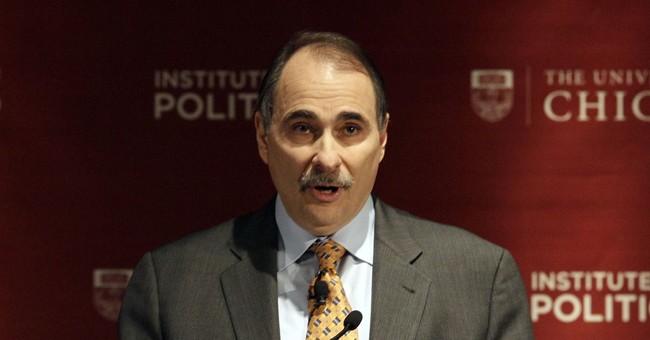 David Axelrod, former presidential campaign strategist and later senior adviser to President Obama, believes that President Trump's re-election campaign was "thrilled" that Sen. Rand Paul (R-KY) was attacked by protesters on the street in Washington, D.C. Thursday night. It was the third time Sen. Paul has been attacked in the past few years. As Axelrod suggested, it gives them another chance to push the narrative that the country is in chaos and we need the "law and order" president to straighten things out.

I’m sure Team @realDonaldTrump was thrilled with footage of protesters hassling @RandPaul as he left the WH political extravaganza last night.
They’re counting on such scenes to power their “law and order” meme.

Except the attempted assault of Sen. Paul wasn't an isolated incident. For months rioters have been burning cities and accosting innocent bystanders in the wake of the police killing of George Floyd. Even Floyd's family has asked for peace. Because how does burning down a local business honor his legacy?

In some cases, people have even been killed in these protests. Retired Capt. David Dorn was remembered by his wife Ann at the RNC Thursday night. Guy spoke for us all when he described her speech as one of the most gut-wrenching he's ever heard. As she explained, Capt. Dorn was helping protect a friend's local pawn shop in St. Louis, MO from rioters, when he was shot and killed by one of the agitators.

As you can see below, Mrs. Dorn struggled through her speech.

"Violence and destruction are not legitimate forms of protest. They do not safeguard Black lives; they only destroy them." pic.twitter.com/2NfA2XbD2e

Axelrod's message sparked a debate on his Twitter page regarding who was to blame for the chaos. Some blamed the federal government, while others blamed the Democratic mayors who have done little to stem the unrest, and whose policies may have made their cities ripe for riots.

It’s Democrats in positions of local power who are allowing this.

When Trump offered federal law enforcement, they told him to GTFO, they painted their streets with slogans and sided with the violence. And they did so very publicly.

I live in one of these cities. I remember.