Gov. Cuomo Is Writing a Book About How NY Handled the Pandemic. New Yorkers Have Some Thoughts. 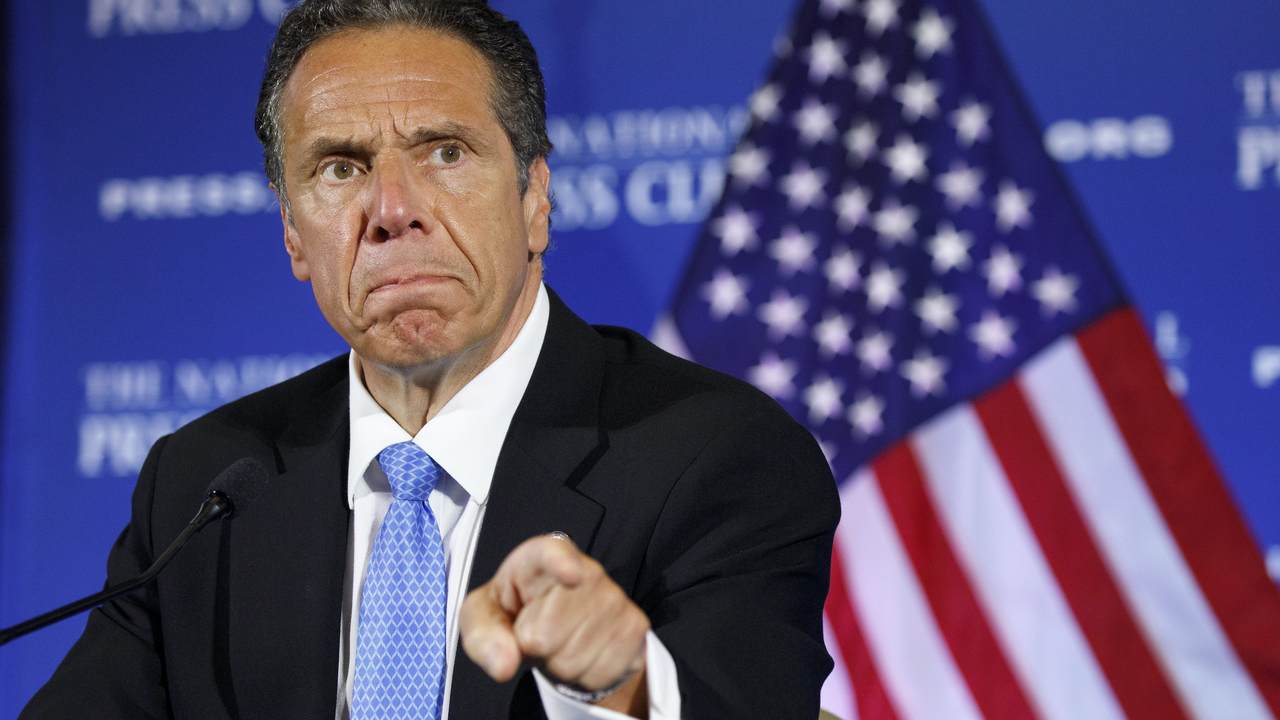 It wasn't enough for New York Gov. Andrew Cuomo to enforce his deadly nursing home mandate that likely led to thousands of deaths. Now, he intends to profit off of it. The governor, whose state still has the highest number of deaths in the nation, is writing a book about the outbreak, and his supposedly wonderful handling of it. Expect the phrase "flattening the curve" to appear on several pages.

Cuomo's new book, "American Crisis," will be out in October. Three weeks before the election.

New: Gov. Cuomo on Oct. 13 will publish a book on the pandemic, “American Crisis” pic.twitter.com/7hYhD73AuK

"New York Gov. Andrew Cuomo, who has gained a national following through his management of the coronavirus pandemic, is writing a book that looks back on his experiences, and includes leadership advice and a close look at his relationship with the administration of President Donald Trump," Politico writes.

There are so many things wrong with that introduction. I think what they meant to say was Cuomo's mismanagement. And he's offering "leadership advice" now? If you ask the thousands of grieving New Yorkers who lost loved ones in nursing homes after he forced elder care facilities to accept recovering COVID patients, they'd say differently. And in fact, many of them did, as the state heard in a series of hearings with the New York Assembly and New York State Senate these past few weeks.

Expect Cuomo to blame the Trump administration for everything, however. Because that's what he did on the first night of the Democratic National Convention. The White House "failed" in every aspect, Cuomo said. But the way his administration handled the outbreak in New York was "beautiful."

Critics lined up to share their disgust about the governor's upcoming book, not to mention the timing of it.

Gov. Cuomo is writing a book on his handling of the coronavirus. (Where does he find the time?) Never mind that 30,000 died, with a third of them possibly nursing-home residents. (He forced homes to take in COVID-positive patients.) A slap to the families. https://t.co/rLpjBwiA1R

32,000 people dead in NY and he gets to profit off a book. Disgusting

Why is Andrew Cuomo writing a book about how well he handled a pandemic in the middle of a pandemic that is very much still in progress?

Janice Dean, the Fox News meteorologist who has been extremely brave these past few months in speaking out against the Cuomo administration and how their nursing home mandate likely killed her in-laws, was just as irate about the upcoming paperback.

It does not surprise me one bit that @NYGovCuomo is writing a book to profit off the thousands of people that died because of his terrible leadership.

After having been snubbed by Democratic state senators, Dean was finally given a chance to share her heartbreaking testimony at a hearing on Monday. Dean is joining Republican state lawmakers in Albany on Wednesday to formally call for an outside investigation into New York's nursing home tragedy.

If it's any consolation, Cuomo's new book is not expected to be a hit, considering his memoir bombed.