The Entertaining Race for 'the Most Conservative District' in New York 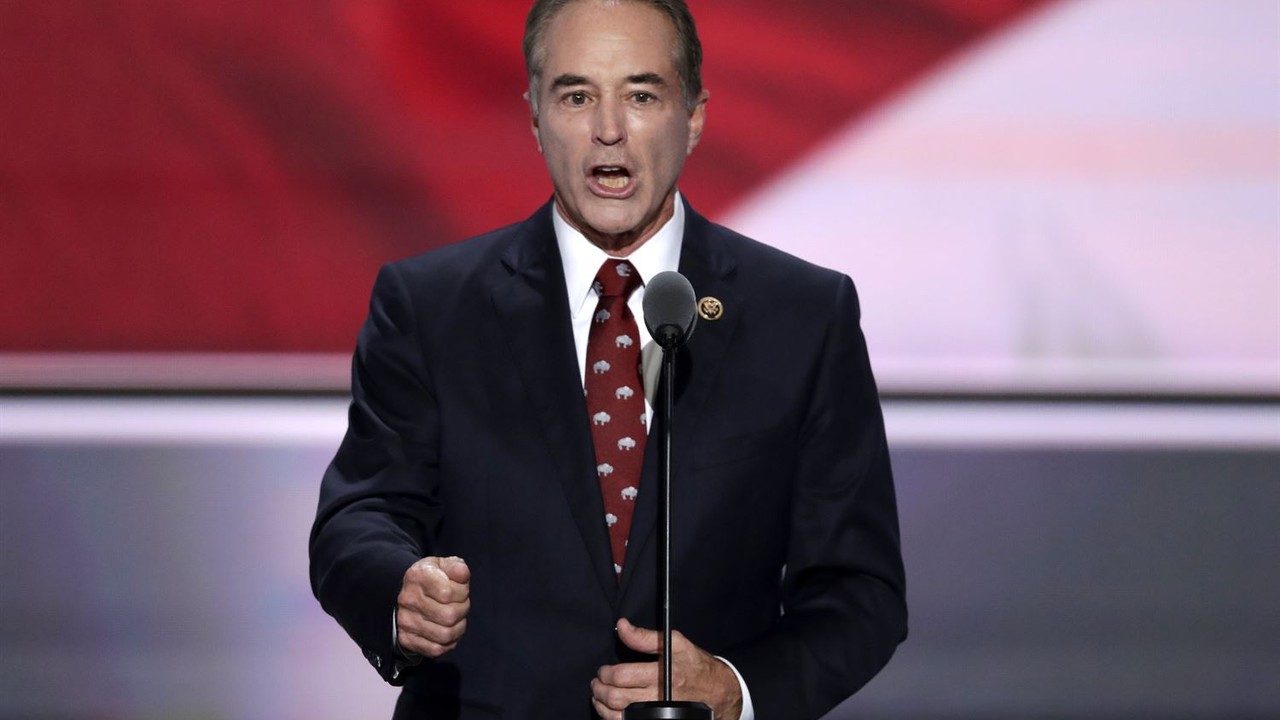 This Tuesday, New Yorkers in what many experts have termed the "most conservative district" in the state, head to the polls to pick who will head to Washington to replace Chris Collins, the Republican congressman who resigned in the aftermath of his insider trading scandal.

And the juicy developments in the race are living up to the hype as the contenders in New York's 27th Congressional District race argue over not just who is the most ardent conservative, but who has the president's endorsement.

The Republican contenders are State Senator Chris Jacobs, attorney Beth Parlato, and Erie County Comptroller Stefan Mychajliw. And by all accounts, it's a fistfight between Jacobs and Parlato.

For weeks Parlato has characterized Jacobs, the Trump-endorsed frontrunner, as a boneless politician who's made it a habit of flip-flopping on the issues. And by the way, she doubts that the Trump endorsement is even permanent.

"I don't believe for a minute Trump is supporting Chris Jacobs over me," she claimed in an interview with WBEN.

And, in fact, she's been advertising herself as the "Trump candidate" in campaign ads.

Parlato also recently accused Jacobs of voter fraud and filed a complaint, claiming that Jacobs would be no better than disgraced Rep. Collins. But Erie County DA John Flynn dismissed the charge, giving Jacobs the chance to issue this scathing statement.

“I want to thank D.A. Flynn for his swift dismissal of Beth Parlato’s phony complaint. And I further want to thank D.A. Flynn for allowing me to come in of my own volition and present him with complete documentation that completely disproves these attacks from Beth Parlato. It’s now clear Beth Parlato orchestrated this stunt and abused the justice system solely as a political attack and to run a negative television attack ad. It’s shameful, but not surprising. Beth Parlato must immediately take down her false, negative ads. The voters of Western New York are a lot smarter than Beth Parlato thinks and I suspect they will reject her and her nasty, negative campaign on Tuesday.”

And the equally unfriendly response from Ms. Parlato.

Parlato said she actually has "more respect" for the hard Left than for Jacobs because they are at least true to their word.

Democratic candidate Nate McMurray doesn't agree with Parlato on much, but he agreed with her on Jacobs's political whims, calling him a "milquetoast" candidate.

As for Mychajliw, he says he's the strongest candidate in the race because he's the "only one" talking about defending the police and the only one running a positive campaign. A point he repeated perhaps one too many times during his WBEN interview.

And he, too, claimed to be the Trump candidate.

My opponents run nasty, negative attack ads. I refuse. I’m running a positive campaign on what I’ll do for you: FUND police, cut taxes, reduce the deficit and stand with President Trump. We need leaders who will listen, & lead America to a better place. https://t.co/8ImacGBYTI