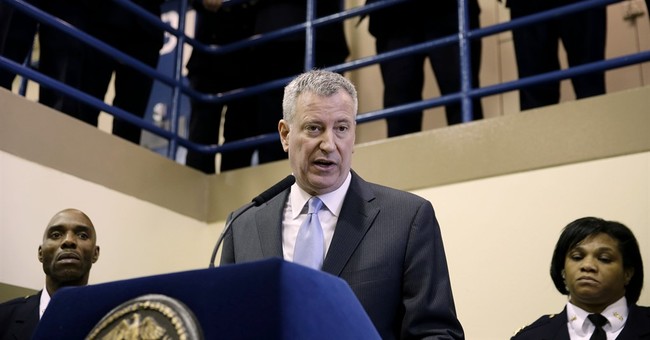 Hundreds of inmates were released from Riker's Island in New York City to prevent the spread of the coronavirus in the prison. Officials knew the risks. And those fears have been realized, hundreds of times. New reporting from Melissa Russo reveals that at least 250 prisoners out of the 2,500 who were released early have gone on to commit at least 450 more crimes.

"The NYPD is not happy," Russo said, somewhat understatedly.

250 prisoners released early from Rikers bc of COVID-19 concerns have been arrested 450 times since. We take a look at one who has been rearrested 4X already. The NYPD is not happy. Neither are the victims. EXCLUSIVE video here: https://t.co/rcyjSoSAJO

NBC4 New York explained how 27-year-old Jonathan Martinez, who was released from Rikers in March, had gone on to steal from the drug store Prime Essentials.

"It’s a bad decision by our leaders,” said Ebi Khalili, one of the robbed store owners.

That would turn out to be the mildest of his crimes in the coming weeks.

Seven days after his early release, Martinez was arrested for allegedly pulling a boxcutter while stealing a cellphone from a passenger in a parked car. NBC New York has obtained video of this incident. Martinez was released on his own recognizance.

Later in April, he was arrested and released again, after being accused of stealing food and beverages from a Gourmet Garage. On June 3,  police say he threw a rock through the window of Lahn, a clothing and jewelry boutique on Greenwich Avenue where owner Elise Ballegeer says she and her husband had struggled to reopen. (NBC4 New York)

There are plenty more crimes where those came from.

Back in April, when the released criminals had so far only recommitted dozens of crimes, Mayor Bill de Blasio acted surprised and disappointed. He called it "unconscionable" that the released prisoners who were shown mercy would go on to their previous lives of crime.

The NYPD already have enough trouble on their hands with violent riots and protests in the wake of the Minneapolis police killing of George Floyd. Almost 400 officers have reportedly been injured in the past few weeks. All this, as the New York City council leaders, propose to cut $1 billion in funding from the police department.