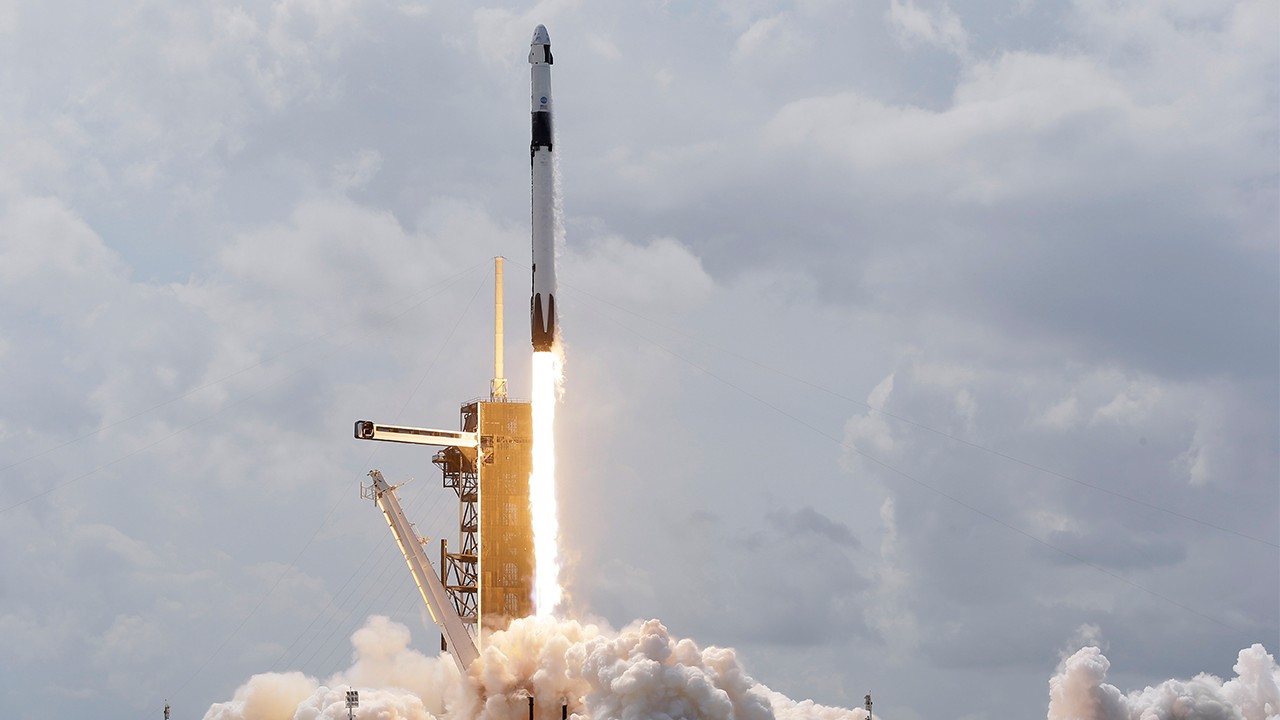 It was a long ride. The SpaceX Dragon Endeavor was "huffin' and puffin' all the way into orbit," astronauts Bob Behnken and Doug Hurley recalled. But, after 19 hours, at 12:22 p.m. central time on Sunday, the crew boarded the International Space Station. It's been a decade since NASA sent American astronauts to space and it marked the first time that NASA reached the station on a commercially-made spacecraft.

"We are so proud of everything you have done for our country and, in fact, to inspire the world," NASA administrator Jim Bridenstine said when he greeted the crew, which also included commander and fellow NASA astronaut Chris Cassidy, and Russian cosmonauts Anatoly Ivanishin and Ivan Vagner.

This is the first time in human history @NASA_Astronauts have entered the @Space_Station from a commercially-made spacecraft. @AstroBehnken and @Astro_Doug have finally arrived to the orbiting laboratory in @SpaceX's Dragon Endeavour spacecraft. pic.twitter.com/3t9Ogtpik4

The astronauts thanked the folks at NASA and SpaceX for their work to make the successful mission happen.

One of the eager spectators at mission control in Houston was Sen. Ted Cruz (R-TX), who was thrilled to talk to the astronauts.

At JSC Mission Control, moments away from the hatch opening at ISS. ?@NASA_Johnson? ?@SpaceX? pic.twitter.com/NoR3nHMfXF

Cruz said that he, his wife and children were watching the launch on Saturday in their living room and they all "held their breath" as the spacecraft took off.

"Everyone is proud of you," Cruz said, beaming. "All of America is watching you and today and yesterday represent big, big days."

The senator was especially interested to know about their transportation.

"That Dragon is an amazing vehicle," Cruz noted. "How does she handle?"

"It flew just like she was supposed to," Hurley said.

"It is exactly like the simulator, he added. "We couldn't be happier about the performance of the vehicle."

Cruz thoughtfully noted that the astronauts' accomplishment means even more as the U.S. deals with the dueling crises of the coronavirus and national race-based riots.

"This launch is a powerful inspiration of what we can do when we come together, the power of unity, the power of ingenuity," Cruz said.