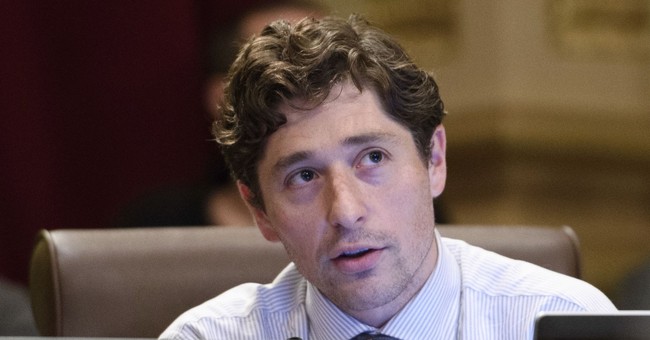 Minneapolis has been an inferno the past two nights after a police officer was filmed holding an unarmed, handcuffed African American man George Floyd down on the ground with his knee pressed against his neck. They were reportedly trying to arrest Floyd after learning he had possession of a counterfeit bill. Floyd was killed in the altercation and all four officers involved have been fired. What resulted was rioting and looting in the city, the likes of which we have previously seen in Baltimore, MD and Ferguson, MO. There was at least one fatality after a shop owner shot who he believed to be an intruder.

Mayor Jacob Frey urged peace in the city. He said he will defend the rights of Minnesotans to protest, but those violent demonstrations "must stop when others' safety are put at risk." That, according to both Frey and the police department, would be a second tragedy.

Yet in the same breath, Frey stirred the passions of the protesters by suggesting Floyd would not have been killed had he been white. The mayor said he can't imagine what African American parents in the city must be feeling when they put their children down to bed "without knowing what cards they will be dealt and not knowing how their safety might be put at risk."

Frey is calling on the Hennepin County attorney to charge Derek Chauvin, the officer who had Floyd pinned to the ground be charged. Never before has a Minnesota mayor publicly called for the prosecution of a police officer.

"I’ve wrestled with, more than anything else over the last 36 hours, one fundamental question: Why is the man who killed George Floyd not in jail?” Frey said. “If you had done it, or I had done it, we would be behind bars right now. And I cannot come up with a good answer to that.”

"Black men have been put in prison before for far, far less," he added.

President Trump tweeted on Wednesday that he has asked the FBI and the DOJ to investigate Floyd's death.

At my request, the FBI and the Department of Justice are already well into an investigation as to the very sad and tragic death in Minnesota of George Floyd....

....I have asked for this investigation to be expedited and greatly appreciate all of the work done by local law enforcement. My heart goes out to George’s family and friends. Justice will be served!