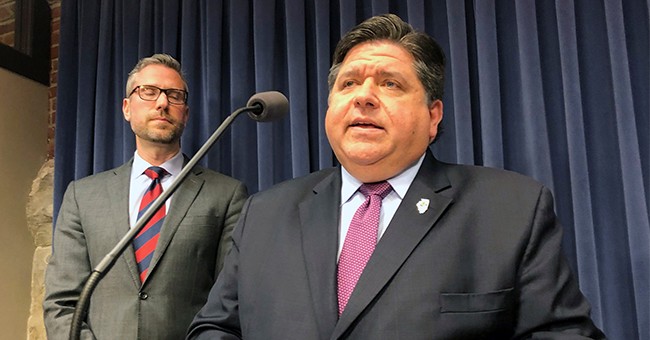 Churches are challenging Illinois Governor J. B Pritzker's stay-at-home order, which was just extended to May 30. And the pressure appears to be working, albeit somewhat modestly. The same day that the Beloved Church in Lena, Illinois filed a lawsuit against him, the governor modified his mandate to include the exercise of religion as an essential activity. But, it still limits religious gatherings to 10 people.

The Northwest Bible Baptist Church in Elgin, Illinois has also warned Pritzker about its plans to reopen in mid-May. As they admit in a letter, their plan is "at odds" with the governor's stay-at-home measure.

“Churches across Illinois and the nation have respectfully submitted to governmental restrictions on social gatherings throughout the pandemic,” said Jeremy Dys, Special Counsel for Litigation and Communications for First Liberty Institute. “NWBBC is grateful for government officials who have worked to protect citizens but now believes it is time to begin responsibly returning to in-person services immediately.”

Writing on behalf of their client, the First Liberty Institute explains that there is a "moral imperative" for churches to have in-person services.

"Pausing in-person religious services raises a moral quandary," Dys writes. "More than simply another opportunity for human connection, many Christians are compelled by their religious beliefs to gather as individuals. For 2,000 years, Christians have gathered physically on the first of the week to observe Christ’s resurrection from the dead. Gathering together is a central tenet of the Christian faith. Indeed, the very word translated from Greek as 'church' in our English versions of the Christian scriptures is 'ekklesia,' which literally means 'assembly.' In times of war and peace, persecution and succor, famine and plenty, Christians have met together in person—even if that meant doing so in the catacombs of Rome."

But, the church plans to re-open services with an "abundance of caution." A few of the stricter measures the church will enact include asking congregants to wear face coverings, scanning individuals for a fever with non-touch thermometers by screeners wearing appropriate PPE, questioning churchgoers about potential COVID-19 symptoms, and denying entry to those exhibiting a fever of 100 or higher will be denied entry.

Social distancing measures will include the closure of child care, separating the seating of non-family units by a minimum of six feet and only seating individuals every other row for front to back spacing throughout the main floor and balcony of the worship space. In fact, "fellowship closer than six feet will be prohibited within the church building at all times."

Anyone over 65 will be "encouraged to stay home and participate via live stream."

While it's understandable that governors are trying to balance safety with individual freedom, churchgoers have noted the madness of someone being fined or arrested for trying to enter a house of worship.