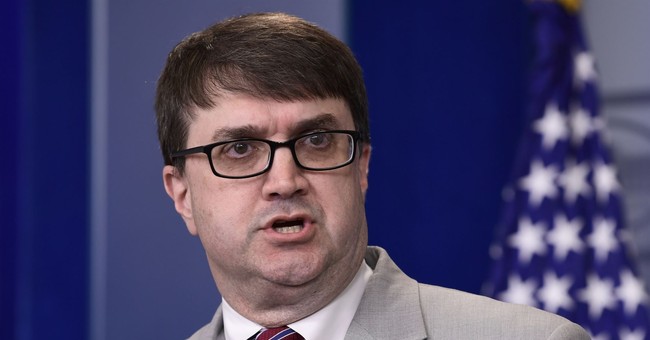 This week the Washington Post published a study that made the media downright giddy. A study on Veterans Affairs patients concluded that hydroxychloroquine was not all it's cracked up to be, as more COVID-19 patients died on the drug than not.

“An association of increased overall mortality was identified in patients treated with hydroxychloroquine alone,” the study concluded. “These findings highlight the importance of awaiting the results of ongoing prospective, randomized, controlled studies before widespread adoption of these drugs.”

The reason so many reporters jumped on the study and confronted the White House task force with it, is because President Trump has been promoting the anti-malaria drug as a possible treatment for the coronavirus. So of course the media had to prove him wrong.

But, as it turns out, that study is not all it's cracked up to be. There are a few factors that the media should pay more attention to.

"It's not a clinical study," Wilike explained. "It was done on a small number of veterans. Sadly, those who were in the last stages of life, and the drug was given to them."

Veterans Affairs’ Robert Wilkie on yesterday’s hydroxychloroquine study: "That’s an observational study. It’s not a clinical study ... We know the drug has been working on middle-age and younger veterans. And the gov of NY was just in the Oval Office yesterday asking for more" pic.twitter.com/uMRx6Z22Yh

He was quick to note that, as the president has said, HCQ has been showing positive results in some patients.

"We know the drug has been working on middle age and younger veterans...working in stopping the progression of the disease," Wilkie explained.

Some Democrats haven't been afraid to note the health benefits of HCQ. At the White House on Tuesday Gov. Andrew Cuomo asked for more shipments of the drug for New York City. And Democratic Michigan State Representative Karen Whitsett said that President Trump may very well have saved her life because it wasn't until he started touting the benefits of HCQ that she thought to give it a try. She had been experiencing a very severe case of COVID-19, but started to feel better just a few hours after her doctor administered HCQ.

Wilkie welcomed the president's comments on HCQ as "aspirational."