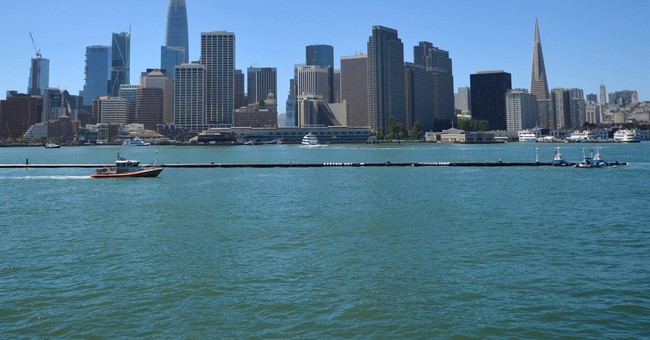 It's the 50th anniversary of Earth Day. And this year the holiday gave media the chance to find some good in the nationwide economic shutdown that has resulted because of the coronavirus pandemic.

"The good news is that the global economic shutdown has at least produced a dramatic decline in pollution," MSNBC's Dana Bash observed on Wednesday.

22 million Americans out of work

MSNBC: "The good news is that the global economic shutdown has at least produced a dramatic decline in pollution" pic.twitter.com/Y1WWu7SYbM

Everyone can agree less pollution is a good thing. But Bash could have worked on her framing a bit. More than 16 million Americans have filed for unemployment since the start of the COVID-19 outbreak.

An earlier "TODAY" broadcast shed light on parts of the world that are now thriving thanks to the "lighter foot traffic."

"The environment is now thriving with cleaner and wild animals are now reclaiming their natural habitat," reported Peter Alexander.

In Venice, for instance, the water has never been clearer.

With parts of the world in lockdown due to the coronavirus, the environment is now thriving. The air is cleaner and wild animals are reclaiming natural habitats. @annenbcnews has more on the unintended impact. pic.twitter.com/VIjP2MAT5i

"The Grand Canal and the Giudecca Channel appear nearly empty in the 2020 photo, compared to the year prior, where boats filled the waterways. Further from the islands, Venice's waters appear to be a darker blue hue this year," Insider.com reported.

In Wuhan, where the virus originated, NASA reports that the air quality has improved by 30 percent, and nearly 50 percent in Milan, Italy. The skies are clearer in Los Angeles.

The NBC segment cautions that all this environmental progress will be in danger if we return to life as normal in Trump's America. Because the president, they note, has "rolled back" important pollution controls.

So wildlife is returning, sea creatures are thriving, and the sky is bluer. But it will be awhile before the grass is greener for Americans who have lost their jobs in the midst of the health crisis. And the coronavirus continues to claims thousands of lives every day. As of now, over 180,000 people have died from the disease.