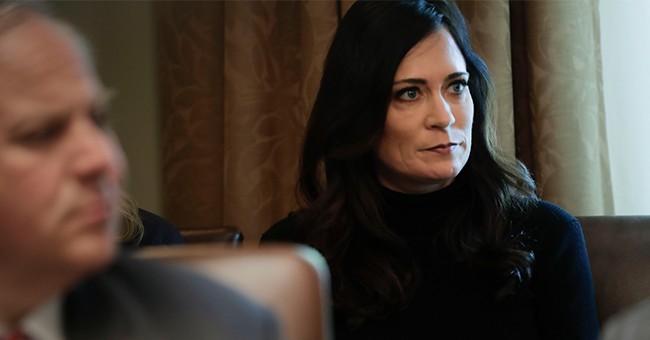 UPDATE: Grisham thanks President Trump for the opportunity.

Thank you to @POTUS @realDonaldTrump for the honor of a lifetime to serve as your Press Sec & Dir of Comms. I also want to thank my AMAZING press & comms teams in the West Wing, it has been a true honor to work alongside each of you & I’m looking forward to the years to come!!

Kayleigh McEnany will be the new White House press secretary, per a senior administration official, and Alyssa Farah, currently the Pentagon spokeswoman, will be rejoining the White House as a "director of strategic communications." Hogan Gidley will keep current post.

White House press secretary Stephanie Grisham, who held the title for less than a year, is reportedly heading back to the East Wing to serve under First Lady Melania Trump. She previously served as the first lady's communications chief.

The Office of the First Lady released the following statement:

First Lady Melania Trump is today announcing that Stephanie Grisham will be rejoining the East Wing full time as Chief of Staff and Spokesperson.

“I am excited to welcome Stephanie back to the team in this new role,” stated First Lady Melania Trump.  “She has been a mainstay and true leader in the Administration from even before day one, and I know she will excel as Chief of Staff.  I appreciate all that Lindsay Reynolds did over the past three years, and wish her well in her future endeavors.”

“I continue to be honored to serve both the President and First Lady in the Administration,” stated Grisham. “ My replacements will be announced in the coming days and I will stay in the West Wing to help with a smooth transition for as long as needed.”

Lindsay Reynolds resigned early this week to spend time with her family. Stephanie will begin her role as Chief of Staff effective immediately.

As more than one journalist has noted, Grisham never held a press briefing from the White House.

But there's no winning with the White House press corps.