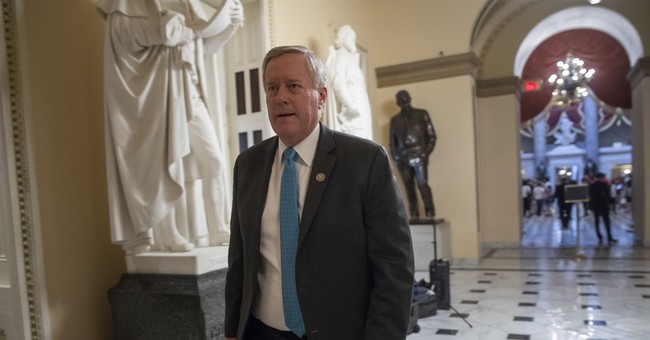 Now-former Rep. Mark Meadows (R-NC), who has served North Carolina's 11th congressional district for the last seven years, and was at one time the chairman of the House Freedom Caucus, resigned from Congress on Monday to officially become President Trump's chief of staff. He delivered his formal letter of resignation to House Speaker Nancy Pelosi.

Meadows's resignation was demanded by Article I, Section 6 of the U.S. Constitution, which prohibits individuals from holding other civil offices while also serving in Congress.

At the White House, Meadows will replace Office of Management and Budget Director Mick Mulvaney, who had served as acting chief of staff since December 2018. Trump announced the staff shakeup on March 6.

I am pleased to announce that Congressman Mark Meadows will become White House Chief of Staff. I have long known and worked with Mark, and the relationship is a very good one....

Meadows will start officially reporting for chief of staff duty on Tuesday.