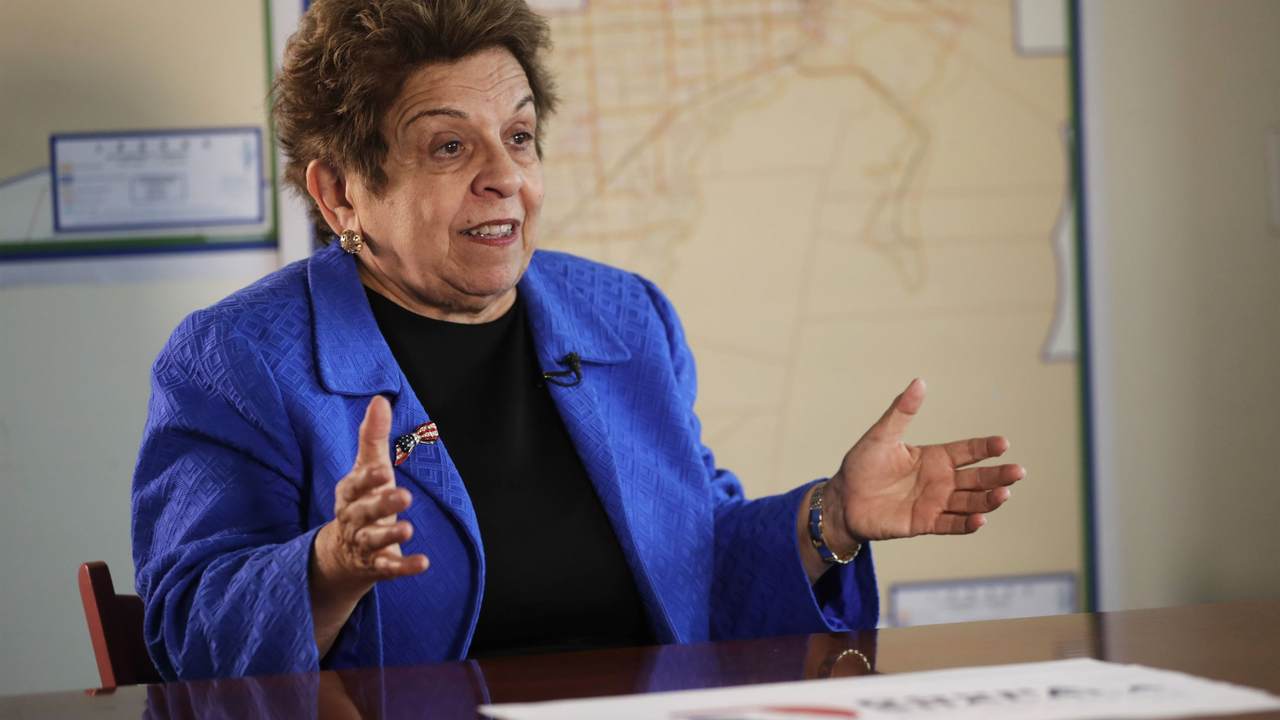 Rep. Donna Shalala (D-FL) served as the Health and Human Services Secretary under President Bill Clinton. So you'd think she'd take the current coronavirus outbreak a bit more seriously. Yet, at a recent House Rules Committee hearing on the new coronavirus bill being debated in Congress, Shalala thought it an appropriate time to have a cringeworthy moment.

"I have a completely different take on this bill," she said of the House Democrats' current emergency relief legislation. "I think it's a mental health bill. I think it's a bill to reassure and reduce the anxiety and the fear that's out there in this country."

So, what better way to underline her point than by blasting some music on her phone. And not just any song, a song that no one wanted to hear again after the 2016 election.

"When it was Rep. Donna Shalala's time to speak about the coronavirus bill at House Rules Committee just now, she pulled out her phone and play 'Fight Song' at full volume."

When it was Rep. Donna Shalala's time to speak about the coronavirus bill at House Rules Committee just now, she pulled out her phone and play "Fight Song" at full volume.

(Really hope this tweet makes the rounds when normal humans wake up tomorrow).

Yes, there's video of it.

??This is my fight song...??#HR6201 is a bill to reassure the American public that Congress is doing everything it can to keep families and workers safe in the face of this pandemic. pic.twitter.com/jpySameurL

Social media users responded to the video with the word "cringe" and asked if it was an SNL skit.

This is far from the first stunt we've seen in otherwise important (or supposedly important) congressional hearings. Last year, Rep. Steve Cohen (D-TN) showed up to a House Judiciary Committee hearing eating a tub of Kentucky Fried Chicken to suggest that Attorney General William Barr was a "chicken" for failing to show up.

Or how about the legislator who showed up to a Trump impeachment vote wearing a Batman costume?

As House Democrats prepare to officially blow up their Majority with impeachment, @RepKatiePorter is prancing around dressed as Batman.

This is how seriously these clowns are taking impeachment. #CA45 https://t.co/5MtDwuoP0J pic.twitter.com/IGURqGViMl

Of course, Republicans aren't exempt from unorthodox behavior either. Last week, Rep. Matt Gaetz (R-FL) was lambasted on Twitter for posting a picture of himself in a gas mask before heading over to vote on another coronavirus measure.

Thank you for this self-quarrantine, however, the Congressman should show some courage and apologize for wearing a gas mask to mock those who were concerned about the virus. https://t.co/OkFBwbO5dX

Shalala has spent the rest of her time going on TV and telling Americans to ignore whatever President Trump says about the virus.

"He's misleading the public, and frankly, people should just ignore what the president says and pay attention to these scientists, physicians that are sticking to the facts," the representative said on CNN.

Shalala was right, however, to note that this disease "does not know whether you're a Republican, a Democrat or an independent."