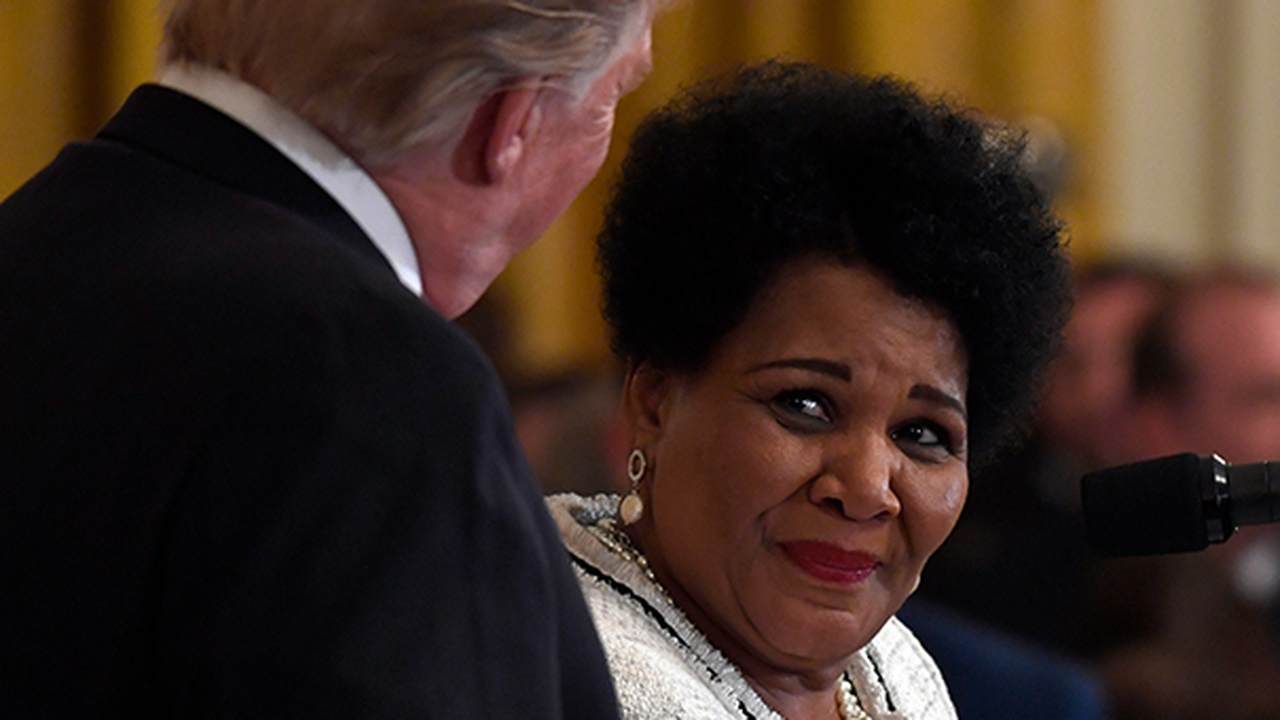 Alice Marie Johnson has a second chance at life. While she was serving a life sentence for a first time, nonviolent drug offense, President Trump commuted the rest of her sentence in June 2018. The 64-year-old great grandmother has a new outlook and a new attitude, which didn't escape the audience at the Conservative Political Action Conference on Saturday.

During her remarks to the conservative audience, she shared how her redemption story was a testament to the beauty of forgiveness. They appreciated her candor.

"I became a face of compassion, of redemption, of grace, and of second chances, because that is what this country has been built upon."

Johnson's redemption arc wouldn't have been complete without celebrity Kim Kardashian-West. Kardashian learned of Johnson's imprisonment a few years ago and brought it to Trump's attention.

"I had no idea who Kim Kardashian was," Johnson joked at CPAC.

Yet, Kardashian shared Johnson's story on Twitter and it was noticed by Ivanka Trump, who told her husband Jared Kushner. The pair would become part of what was known as "Team Alice," a group of lawyers who worked on Johnson's case.

It was on Johnson's birthday, May 30, that Kardashian-West got an audience with President Donald Trump.

"Seven days later the world watched as I ran across the street and rejoined my family, which you all watched too in the Super Bowl ad," Johnson said. "The president's heart was touched when he saw my case. I became the face of the need for a broken criminal justice system to be fixed."

Grateful to @AliceMarieFree for sharing her story in front of thousands onstage at #CPAC2020. Great intro by @DougDeason and tons of credit to @DSafavianEsq for shining such a bright line on #cjreform! #crossingtheaisle pic.twitter.com/ZwFcMwpbYL

As Johnson mentioned, her newfound freedom was the subject of a powerful 2020 Super Bowl ad. She shared the clip on her Twitter page, which you may notice is titled, "AliceMarieFree."