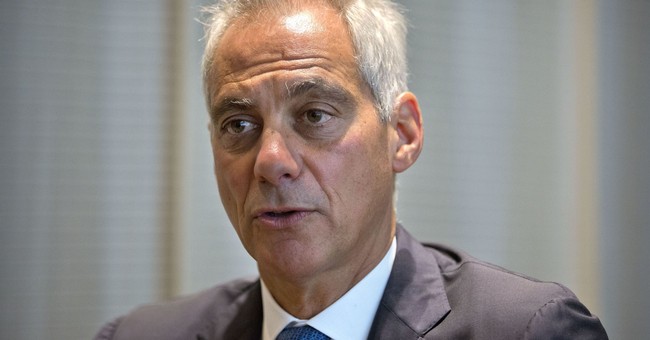 The Democrats have some serious concerns heading into the 2020 presidential election. Just off the top of my head, one of the first issues they may want to address is how their current frontrunner is Sen. Bernie Sanders, a self-described democratic socialist who has a history of praising former communist dictator Fidel Castro for his "education" plans.

Former Obama Chief of Staff and Chicago Mayor Rahm Emanuel has identified another major problem point for the Democratic Party. While the Democratic turnout for 2018 and 2019 were both impressive, propelling the Democrats' regaining of the House of Representatives, that enthusiasm has cratered.

"One of the things I'm concerned about right now...participation in our primaries is barely surpassing 2016, and that’s a flashing yellow light..But that’s a concern." pic.twitter.com/V6TL3nBFzo

"One of the things I'm concerned about right now, is that while viewership in the debates are up, 2018 big turnout, 2019 big turnout, participation in our primaries is barely surpassing 2016, and that’s a flashing yellow light," Emanuel said. "I am concerned. It's only been three - but that’s a concern."

The numbers out of Iowa are a prime example of the lack of excitement for these Democratic contenders.

While that’s higher than 2016, it’s a striking change from just a few years ago, when turnout in the midterm elections reached the highest level in a century and Democrats took control of the House of Representatives. Last November, Democrats gloated about their success winning governors seats in two red states — Kentucky and Louisiana — with help from a historic surge of voters. (New York Times)

When Matt and I traveled through New Hampshire for this month's primary, Sanders voters also admitted that turnout is a must, or they'll be seeing Trump for another four years. They believed Bernie was the one who could turn out the vote - young voters especially.

The South Carolina Primary is Saturday.