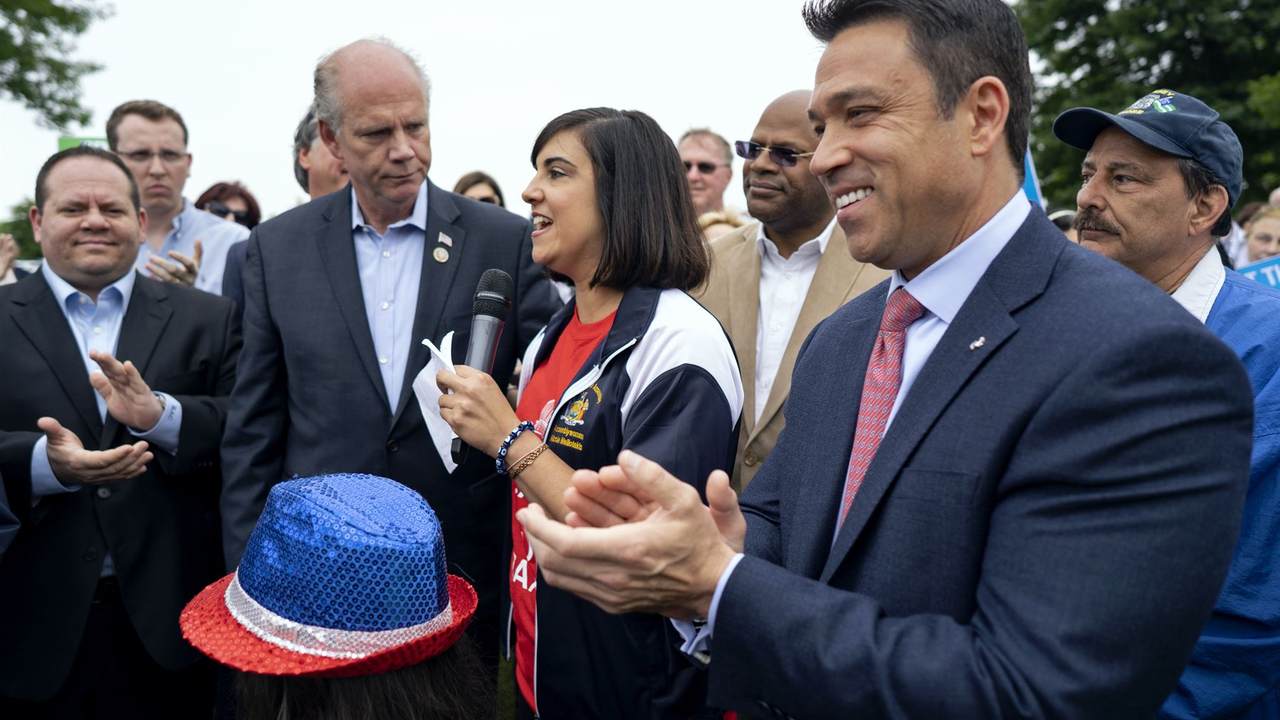 It's not a "reform," according to Republican New York Assemblywoman Nicole Malliotakis. The Democrats' shoddy bail legislation, which went into effect January 1, doesn't deserve the title. She more aptly calls it a "complete overhaul" of the criminal justice system. Since the state legislature passed its bail measure to prohibit criminal courts from setting cash bail for the majority of misdemeanors and non-violent felonies, law enforcement has been running around in circles, district attorneys have been overwhelmed with work, assistant district attorneys have quit. And, most importantly, dangerous individuals have been given the opportunity to continue their endless criminal cycle.

"They've taken away judicial discretion," the assemblywoman charged. "New York is the only state in the nation that doesn't allow judges to consider someone's dangerousness, so individuals with multiple arrests, lengthy rap sheets, and multiple convictions are being released back into the streets. In many cases, they have a history of violence."

Just the other day in Albany, she noted, police arrested someone with a 50-page long rap sheet. Because of the new law, they had to release him. That criminal's name is Scott Nolan. He and the Troy Police had one heck of a day.

Around 9 a.m. they arrested him and charged him for shoplifting. He was released with an appearance ticket.

Hours later, they say he assaulted a man just before 2:30 p.m. He was arrested and released again.

Then just before 4:30 p.m., they say he hit another person with a brick. Police charged him with second degree attempted assault and third-degree criminal possession of a weapon, which kept him in custody. (CBS 6 Albany)

"It's nonsensical," said a frustrated Malliotakis. "The third time he hit someone with a brick. We're lucky he didn't kill the guy."

And there are more violent examples where Mr. Nolan came from.

Malliotakis voiced another law enforcement concern, namely that the endless catch and release process "is such a depletion of police resources."

"The goal should have been that everyone receives their constitutionally protected rights to a speedy trial, not a blanket release without bail policy that lets out people who even commit crimes like assault, aggravated assault of a child, vehicular manslaughter while driving drunk, criminally negligent homicide, strangulation," she reasoned.

"They sold New Yorkers a bill of goods," she said of the Democrats. "Maybe the governor feels that strangulation and criminal negligent homicide are not violent. I don't know. Either that or he lied to the people of the state."

She asked us to consider another case. New York City thief Charles Barry, who has a knack for robbing commuters in the subway system, has been arrested half a dozen times since the legislature passed its bail law. Upon his most recent arrest, Barry thanked the Democrats for their very helpful legislation.

"Bail reform, it's lit!" he said. "It's the Democrats! The Democrats know me and the Republicans fear me. You can't touch me! I can't be stopped!"

Malliotakis says it can be stopped. And it starts with restoring judicial discretion.

One more issue Malliotakis aims to fix is the law's "big loophole" in terms of domestic violence. Right now, she explained, a judge can hold a person accused of domestic assault, but only if that individual lives in the same household. If it's an ex-lover that lives down the block or another town, the assemblywoman noted, it doesn't count.

"We had situations that someone can actually stalk you, trespass on your property, strangle you and assault you, and they would be released without bail because all four of those crimes are release without bail so that should be worrisome," she urged.

In a recent press conference with New York City and state law enforcement unions outside a subway station that had recently been the scene of a crime, Malliotakis shared some of the sobering statistics. Since the bail law took effect, grand larcenies, robberies, burglaries, and felony assaults have all increased. Auto thefts have gone up 70 percent, there are 40 percent more victims of shootings, and transit crimes have seen a citywide increase of 34 percent.

The bail legislation is just part of what she agreed is the most radical liberal agenda she's ever seen in the Big Apple.

While Malliotakis has been raising awareness about the disastrous bail law, she's also been focusing on her run for Congress against Rep. Max Rose (D-Staten Island/Brooklyn).