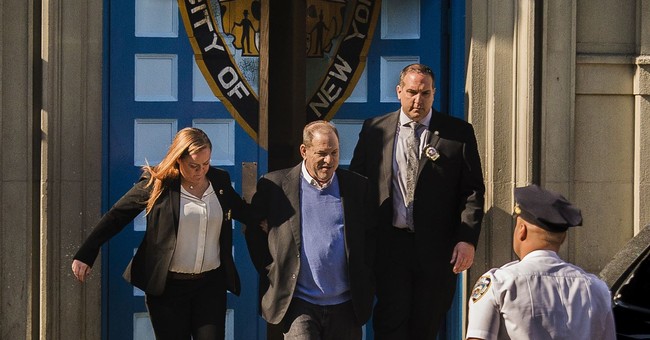 A New York City thief thanked Democrats for the state’s bail reform law, which went into effect at the start of the year, after being arrested and immediately released for the sixth time this year.

The 56-year-old man, Charles Barry, is released every time without having to post bail under the new law since his crime of stealing from subway commuters is nonviolent.

The thief, who’s become rather infamous in Manhattan, knows he can’t be stopped.

He’s up to 139 arrests — and he says he can’t be stopped with new bail reform.

“Bail reform, it’s lit!” Barry said. “It’s the Democrats! The Democrats know me and the Republicans fear me. You can’t touch me! I can’t be stopped!”

The career criminal has even dressed as an MTA official and robbed people after offering to help them buy tickets.

“I’m famous! I take $200, $300 a day of your money, cracker! You can’t stop me!” Barry shouted to a Daily News reporter Thursday night. “It’s a great thing. It’s a beautiful thing. They punk’d people out for bullsh-t crimes.”

A high-ranking official in the New York City Police Department said because of the new bail reform law, offenders like Barry are released and then repeat the same crimes because judges cannot order them to be held in jail before trial. Sometimes, what begins as a nonviolent crime often turns violent if a robbery goes awry, he added.

“At least before, he’d be remanded and be behind bars for a couple of days. He wouldn’t be able to victimize people,” Assistant Chief Gerald Dieckmann, the No. 2 officer in the NYPD’s Transit Bureau, told the New York Daily News. “When someone doesn’t pay them or give them the money, it’ll turn into a robbery, a slashing an assault.” (FoxNews.com)

Barry was arrested Thursday when officers saw him jumping a subway turnstile. There were two warrants out for his arrest for missing court days related to two earlier incidents of subway theft. He was held in custody for 36 hours until his arraignment hearing Saturday morning, after which he was released before trial.