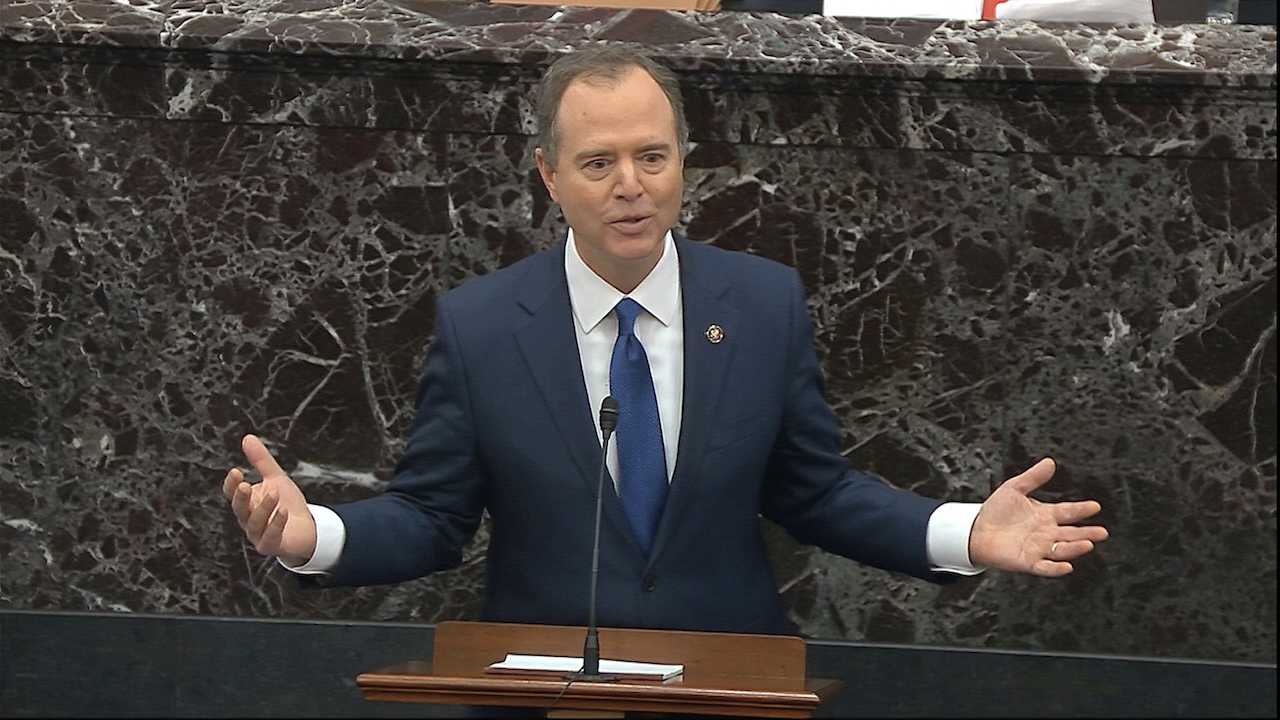 Manchester, NH - The MAGA crowd may have agreed with President Trump that the impeachment trial against him was a "witch hunt," but that doesn't mean they completely tuned it out. In fact, after chatting with some of his most ardent supporters at Monday night's rally at the Southern New Hampshire University Arena, I found that they engaged themselves in the process to determine if there was any legitimacy to the Democrats' case.

“I watched probably about 50 percent of it and again, I’ve asked a lot of my friends who are Democrats, ‘tell me something in that trial that made him guilty,'" said New Hampshire resident Rocky, who I chatted with up in the nosebleeds section. "I saw nothing."

Neither did any of the Republicans, save Sen. Mitt Romney (R-UT), who voted with the Democrats to impeach the president on abuse of power. You can get a load of what Trump supporters thought of that "RINO" move in a separate report I published earlier this week. Nevertheless, despite the lone Republican defection, Trump was acquitted of both abuse of power and obstruction of Congress and can put that Ukraine phone call behind him. For now.

Patrick from Belmont, Massachusetts, who was sitting near the back of the arena on Monday, says he watched “quite a bit” of the trial.

“I think it was a lot about nothing,” he said. “I don’t think the House met the constitutional standard of actual impeachment charges.”

"I watched some of it but we knew from the beginning it was a joke," agreed Sabrina from Massachusetts, who was decked out in MAGA gear from head to toe.

If anything, she said, it makes President Trump's campaign “stronger” because everybody’s so sick of it. "Sick of the games, sick of the lies."

"I think it’s affecting him in a positive way,” another Trump voter agreed.

In the midst of my Granite State rally hopping I also had a chance to ask quite a few Democrats for their thoughts on the trial too. In the conversations I had, voters either told me they hadn't tuned in to the trial, or they referred to it as a "cover up."

Jenny Bizzoco, who traveled to New Hampshire from Indianapolis to hear out all the candidates, said that it was not a fair trial because the Republicans voted against additional witnesses, to which I noted how the House Democrats had heard from several witnesses.

"If you are a citizen that only watches Fox News, you only got a version so I think that person needs to take advantage, which is basically it’s a cover up," she said. "Get that information out there in ads. That person is going to have to use any tool available. Because that’s when I think the American people are going to pay attention."

“Every single one of those senators went against the oath they took,” her friend said.

“Well except Romney!” said another nearby voter.

And then there was the voter who said she "loves" Adam Schiff.

Don't tell Kevin from Long Beach, CA that. He traveled from the West Coast to visit his daughter in New England this week and joined her at Monday's Trump rally.

"Adam Schiff is a liar. He shouldn’t even be in office," Kevin said. "He makes stuff up, he should be fired."

He, too, predicted the impeachment trial will provide a hefty boost to the president's re-election campaign.

But it was B.S. that was expected.

"I think that it’s going to help him," said Rick. "A lot of people I know who are Democrats said that what they were doing was ridiculous. In some aspects they didn’t like the nature of what they were doing. They were trying to impeach since the day he got in office, if you listen to Maxine Waters. They went through everything from Mueller – it was stupid."

And the consensus among the sea of MAGA hats on Monday was that even though Trump was acquitted, even if he wins re-election, even if he wins in a landslide, this fight will be far from over.

"They’re not going to stop," Rick from Connecticut predicted. "They’re going to find something else that’s going to be frivolous, and we’re going to have to work through that too."