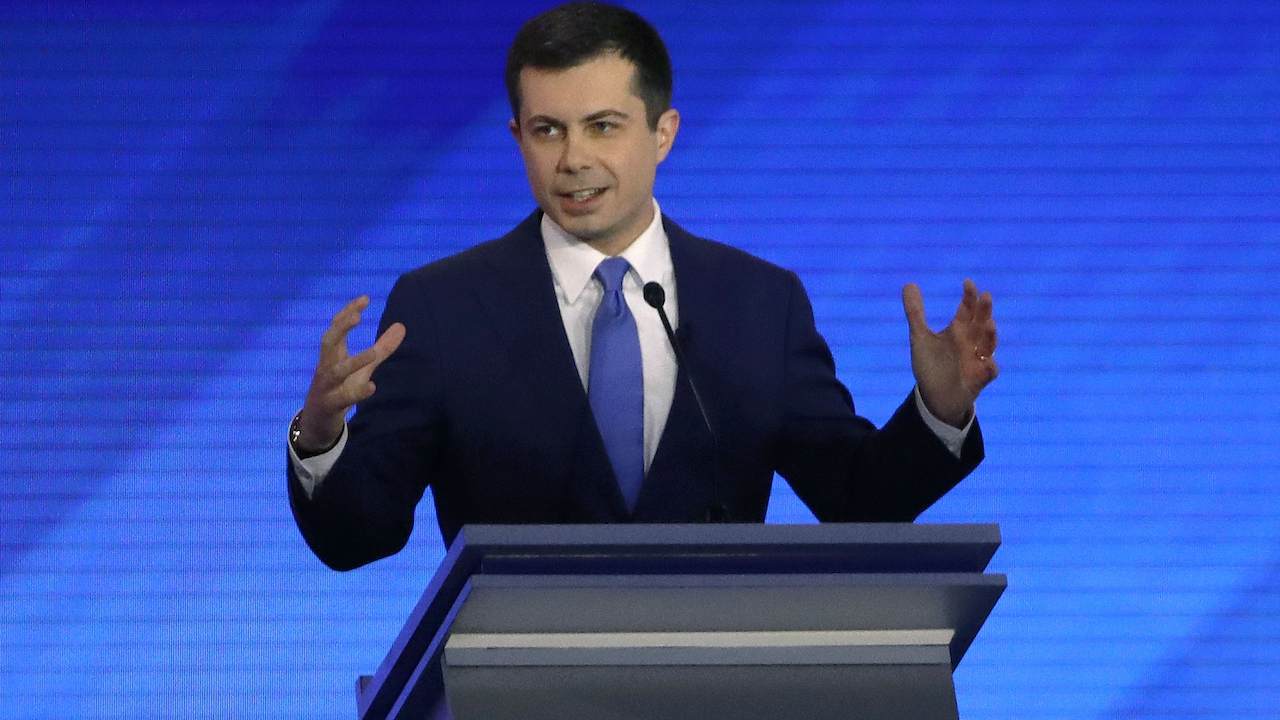 Nashua, NH - Quite a few voters in line for the Pete Buttigieg rally at the Elm Street Middle School on Sunday told us they were still undecided, but they liked what they were hearing from the mayor because he sounded saner than some of his flashier opponents. More than one person deemed him a "moderate progressive."

Yeah, we thought that was kind of an oxymoron too. But I digress.

"I'm a moderate progressive looking for a candidate that can beat Trump," said Paul from Seattle.

Those same voters suggested that if Buttigieg teams up with a certain competitor, the ticket would be unbeatable.

"Pete is the most moderate with all the good ideas that encompass everybody," said Frank from Nashua. "I would love to see him and Amy Klobuchar as a one-two possibility."

And that was the consensus.

"It would be dynamic!" Sandy, another voter from Nashua, agreed.

The line stretched around the building for the Pete Buttigieg rally at Nashua's Elm Street Middle School. (Cortney O'Brien/Townhall Media)

In addition to the attractive moderate agenda that a Mayor Pete/Sen. Klobuchar ticket would apparently feature, is their collective IQ, Sandy said. Between Buttigieg being a Rhodes Scholar and Klobuchar being an Ivy League grad, she explained, their collective intellect would be a force to be reckoned with. But the digs about the mayor's resume, she insisted, need to stop.

"But she has to tone down what she says about Mayor Pete's inexperience," Sandy said. "I understand where she's coming from. But guess what, he's so intelligent, and he would surround himself with other intelligent people who would help him where he is inexperienced."

During his speech, Buttigieg talked at length about his supposed ability to reach beyond party, saying he looks forward to welcoming "former Republicans" to his campaign.

"I think he's going to bring the country together," said Matthew, a student who traveled to Nashua from Connecticut's Quinnipiac University.

"I really want to beat Trump," he said, adding that "everyone else is just too progressive."