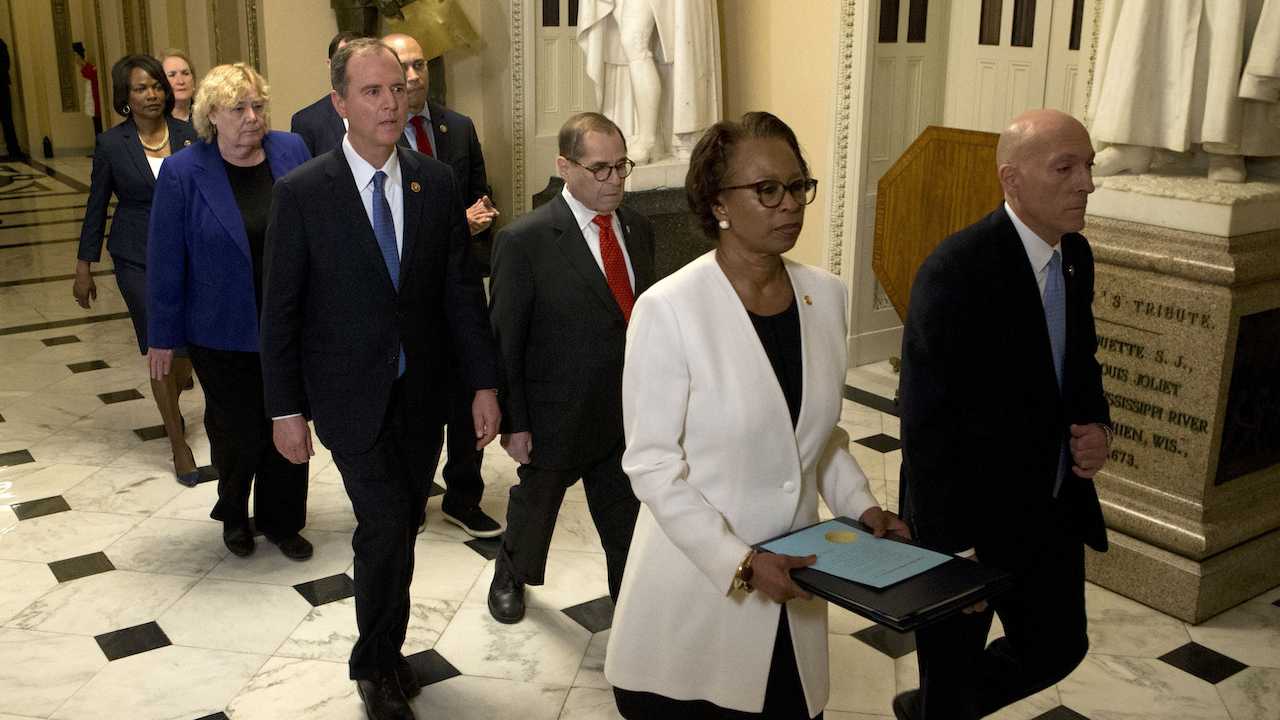 More than one Democratic impeachment manager has argued that President Trump's lack of cooperation in the ongoing trial is unprecedented. As they have noted ad nauseam, Presidents Richard Nixon and Bill Clinton at least provided documents during their impeachment trials, whereas the Trump White House has refused to cooperate with their subpoenas. But what the Democrats don't note is that unlike Nixon, Trump provided the most relevant document - the transcript of the phone call that led to his impeachment. Tulane University Impeachment Law Professor Ross Garber made the observation on CNN.

"Unlike Nixon, he actually did produce the tapes here," Garber, a CNN legal analyst, said of Trump this weekend.

That's one of the reasons why the second article, obstruction of Congress, is "particularly weak," Garber explained.

In 1974, Nixon refused to comply with the Senate Watergate Committee's subpoena to hand over tape recordings and documents related to the DNC break-in. Yet, the Supreme Court ruled in United States v. Nixon that the tapes be released. Those recordings exposed the president's attempts to cover up the scandal and eventually led to his resignation.

The whole obstruction of Congress issue made Garber recall another historical vote. President Obama's attorney general Eric Holder was voted in both civil and criminal contempt in 2012 for withholding information during an investigation into Operation Fast and Furious, a gun walking scandal across the U.S.-Mexico border in which the U.S. government illegally sold guns to the Mexican drug cartels. The program resulted in hundreds of deaths, including the death of Border Patrol Agent Brian Terry.

Some Republicans made the same comparison and likened it to hypocrisy.

With Holder's contempt vote in context, "I think it'd be very dangerous to say that that is now a basis for impeachment," Garber said.

The Democrats wrapped up their case for impeaching the president on Friday. The White House's defense team kicked off their rebuttal on Saturday by reminding the Senate of some key portions of the debated phone call that the Democrats omitted. They'll complete their case on Tuesday, after which the Senate will have 16 hours to submit questions on each side.