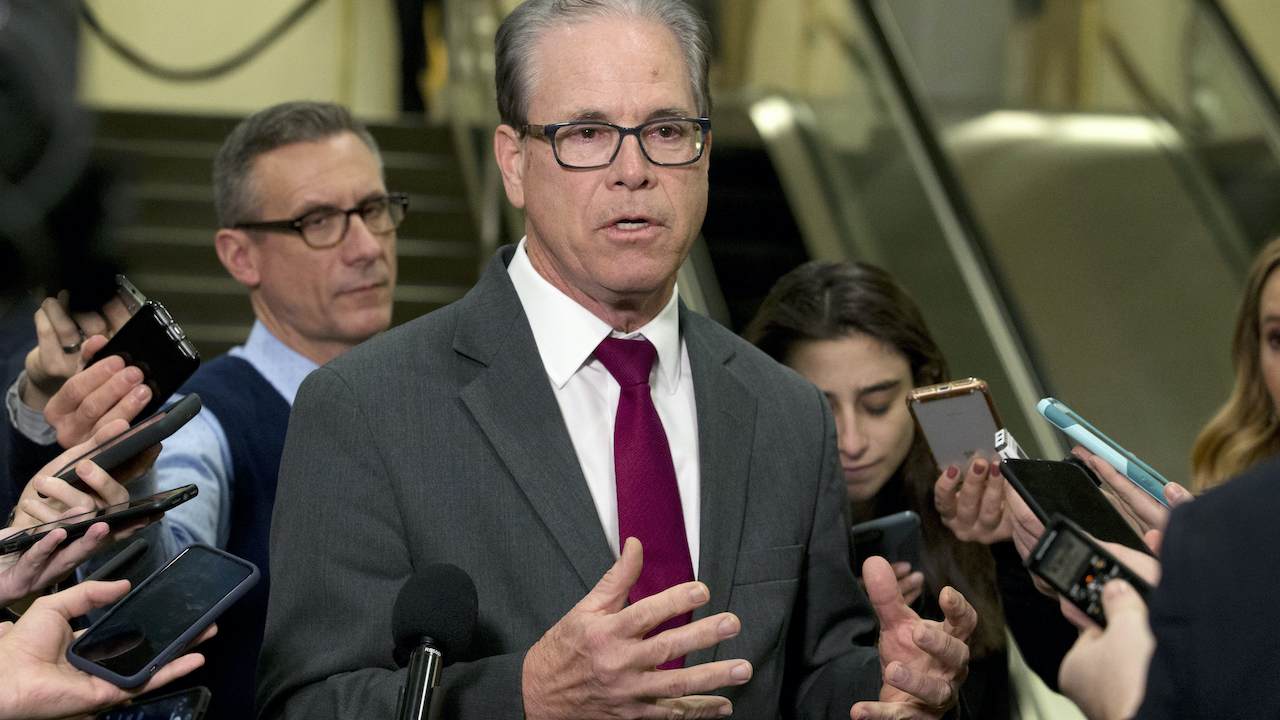 Washington, D.C. - Lead impeachment manager Adam Schiff and his Democratic colleagues spoke for 13 hours on Wednesday during opening arguments in the Senate impeachment trial against President Trump. But some audience members like Sen. Mike Braun (R-IN) felt like they were watching a rerun.

Schiff laid out the articles of impeachment against Trump, abuse of power and obstruction of Congress, detailing the phone call between Trump and Ukrainian President Zelensky in July in which Trump asked the new president to investigate Joe and Hunter Biden and their relationship to a corrupt Ukrainian gas company, Burisma Holdings. If not, he reportedly threatened to withhold military aid. According to the Democratic prosecutors, Trump's request was tantamount to abuse of power. But Trump and his associates pushed back and said that the president's phone call was "perfect" and that his intent was to root out corruption, not help his campaign.

Before arguments resumed on Thursday, I asked Sen. Braun if he had heard anything new in Schiff's presentation on Wednesday. He replied, "I did not...did you?" And he added that even he had an "open mind" and was looking for something new.

He did, however, begin to note a similarity. The current proceedings, he suggested, reminded him of the historically hostile Brett Kavanaugh hearings last fall. Kavanaugh, a Supreme Court justice nominee at the time, was accused of sexual assault by a woman who said he forced himself on her at a high school party in the 1980s. He denied it, and it became a he said, she said scenario, with several Democrats taking the accuser's side with little questions.

"It is reminiscent of what happened with Kavanaugh in that it reached a plateau and fell apart because the case wasn't resonating like it had up to that point," Braun recalled.

Well, Braun didn't hear much fresh material as the trial got underway on Thursday, either. Impeachment manager Jerry Nadler provided recaps (or his interpretations) of the Founding Fathers' intents, as well as the impeachment proceedings against former Presidents Andrew Johnson, Richard Nixon, and Bill Clinton, concluding, of course, that President Trump be removed immediately.

"Schiff is part and parcel to the group that has been so traumatized by President Trump making it through 2016, and that's what motivates him," Braun argued.

Only if you were "highly partisan," he said, could you accuse Trump of quid pro quo, because the aid to Ukraine was ultimately released.

Were there any redeeming factors to Schiff's presentation, a fellow reporter asked.

Well, Braun explained, maybe "if you want to bore somebody to death" or "if you enjoyed two-hour lectures back in college, maybe that was okay."

In this day and age, he said, offering some advice, "you need to be more concise."