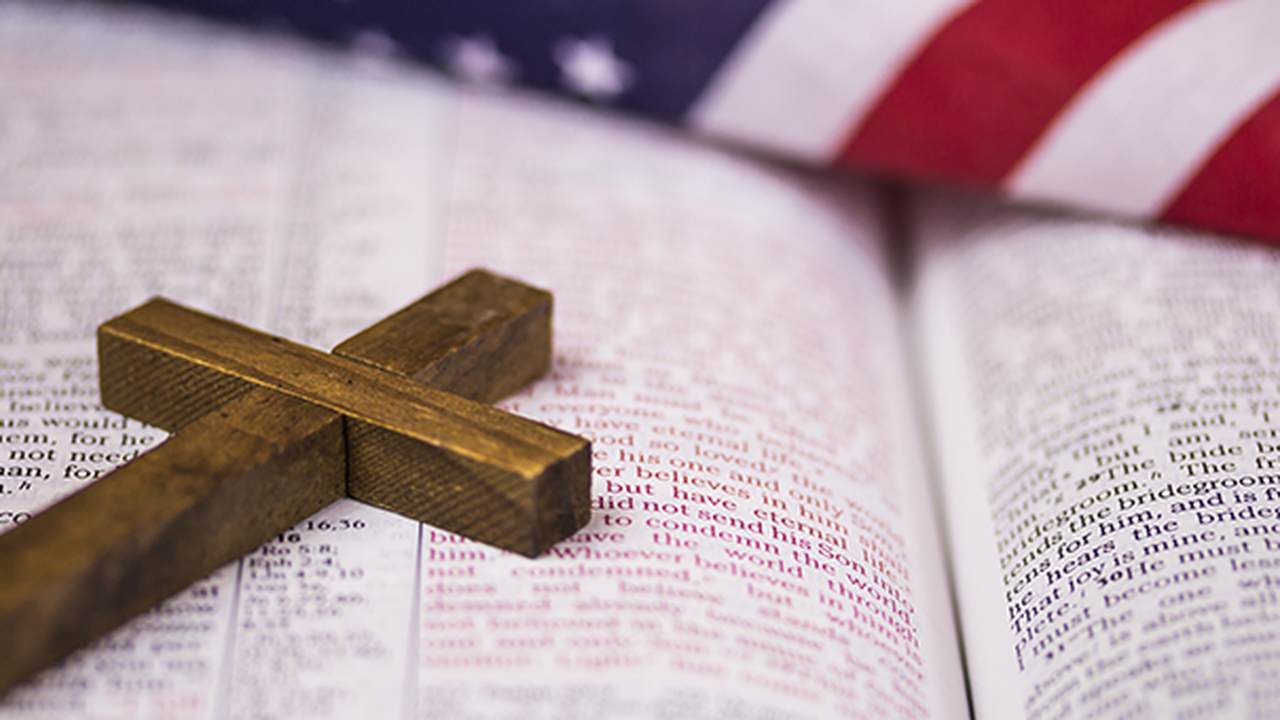 President Trump rolled out new religious freedom guidelines for students of faith this week intended to protect their right to prayer and religious expression in public schools.

"The new guidance makes clear that students can read religious texts or pray during recess and other non-instructional periods, organize prayer groups, and express their religious beliefs in their assignments," the White House explains in its statement.

The document will also improve individuals’ ability to file a complaint if they are denied the ability to participate in protected religious expression. If institutions don't comply with the new rules, they may not receive federal funding.

Trump invited a group of Christians and religious activists to the White House for the signing ceremony. One young man, whose story was shared by Sen. Ted Cruz (R-TX) on Twitter, told the president how he was the only Catholic in his school and a teacher told him to wipe the ashes off his forehead on Ash Wednesday. No one apparently knew what the ashes symbolized. Trump said that that was "shocking" but that students like him would be bullied no longer under his new White House requirements.

Another student who could have benefitted from President Trump's new guidelines is Chase Windebank, a Pine Creek High School graduate. Windebank started a prayer meeting in 2014 and for three years the group prayed without any issues. When the group had grown to about 90 students by his senior year, the school suddenly told him the meetings could only be held before or after school hours, because, they argued, they were in violation of the separation of church and state. With an assist from Alliance Defending Freedom, Windebank sued the school for violating his constitutional rights. The lawsuit ultimately achieved his ends.

"As soon as the school filed their affidavit saying students were now allowed to pray during free time, then we dropped it because we had, in a sense, won," he shared in an interview with Townhall on Friday.

If these new religious freedom guidelines from Trump had been enacted while he was still at Pine Creek, Windebank muses that judges and courts would have been unnecessary.

"My school administrators would have been much more aware that they were not allowed to hinder our group from praying during free time at school," Windebank said.

“It’s so important that the Trump administration is re-upping these constitutional documents just to remind school administrators that the students don’t have to abdicate their First Amendment rights when they step on the school campuses."

Windebank shared one more story that he hopes will encourage people of faith. A sophomore student from Kentucky whom he knows was also at the White House meeting this week. She told him he had started a prayer locker at her school in which her peers were welcome to drop prayer requests, etc. Administrators told her the display wasn’t allowed. But, now that Trump has signed this new round of documents, the student is “most likely going to be starting it again this semester,” Windebank said.

He shared what it felt like to have a White House that has made National Religious Freedom Day such a prominent holiday.

"It’s been definitely helpful to see that I can now encourage students even more boldly to live out their faith in the next generation in small ways and big ways," Windebank said, "in the public square and not just at home."