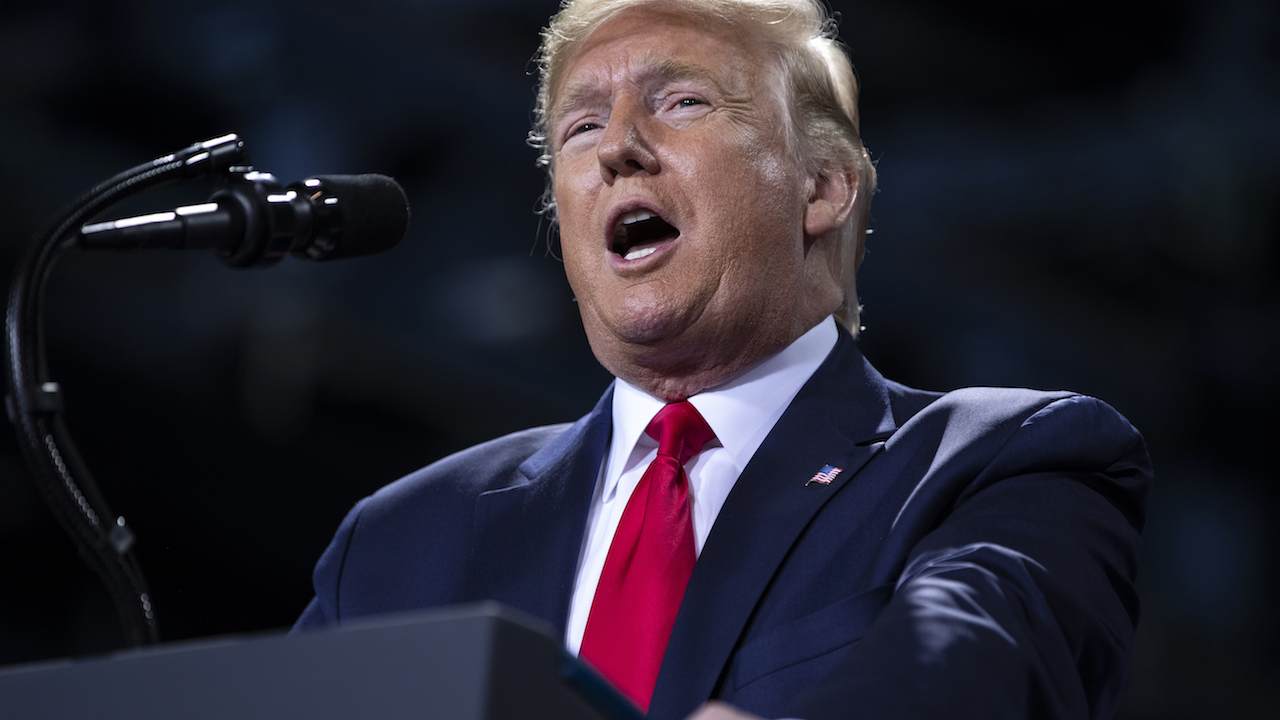 That was just his most recent move. Before that, Trump moved the U.S. embassy in Israel from Tel Aviv to Jerusalem, a promise that his predecessors made but failed to follow through on, and he recognized Israeli sovereignty over the Golan Heights. Trump also worked in tandem with former U.S. ambassador to the UN Nikki Haley to defend Israel and distance the United States from other member nations who unfairly target the country every year, sometimes with cruel, lopsided resolutions.

Israeli Prime Minister Benjamin Netanyahu has often expressed his gratitude for the friendship Trump has extended to Israel these past few years.

Yet, despite all that progress and clear demonstrations of the strong U.S.-Israel relationship, the media is still pushing the narrative that Trump is failing to crack down on anti-Israel sentiments and actions, and in some cases, even spurring them. Take, for example, these headlines from the Washington Post, which were published just two weeks apart.

In his piece, Michael Brenner suggests that Trump's EO condemning anti-Semitism on campuses is harmful to Jews because of how it describes Jewish identity.

And thus it should remain. It is important to take measures to protect Jewish students from anti-Semitism on campus, but not at the price of classifying Jews as a nationality. This contradicts the feelings of most American Jews and opens up a dangerous discussion that really never existed in this country. In the end, in the name of protecting Jews from anti-Semitism, such a maneuver might lay the groundwork for a much more serious anti-Semitic threat.

Yet as other outlets and we have noted, the executive order does not identify Judaism as a nationality, as erroneously reported.

The second WaPo piece quotes several Democratic lawmakers who blame Trump for having fueled the Anti-semitic knife attack in New York City over the weekend.

"His conduct has made unacceptable conduct acceptable," Rep. Steve Cohen (D-TN) said of Trump, while also accusing the Trump administration of "three years of anti-semitism."

New York City Mayor Bill de Blasio blamed Trump's "hate" as having fueled the attack in New York City over the weekend when a suspect stabbed multiple people at a Hanukkah party.

Despite all Trump has done for Israel and for Jewish Americans, some critics are more eager to highlight his speech before the Israeli American Council earlier this month in which he joked that they had “no choice” but to vote for him.

At least the WaPo piece that was full of condemnation made slight reference to the EO.

"Trump’s defenders have pointed to his record on Israel as well as recent moves such as his signing of an executive order this month directing the federal government to penalize universities that allow anti-Semitism on campus," it reads.