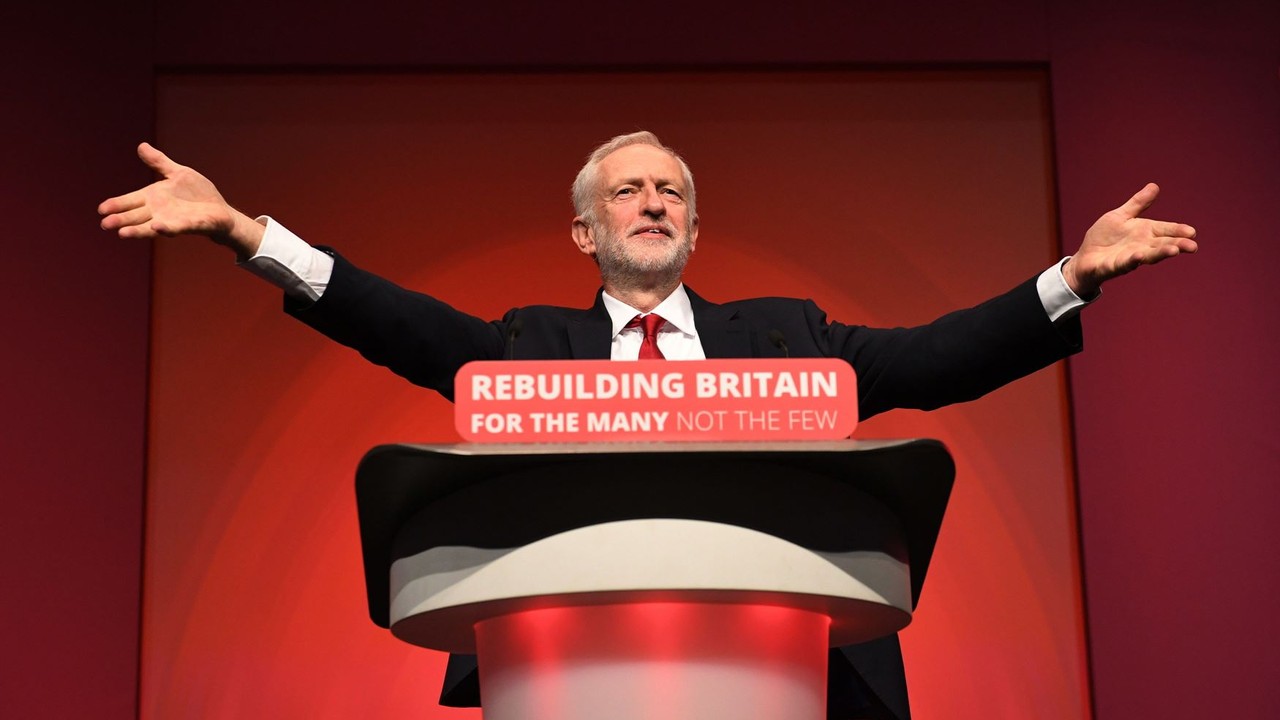 “I want to make it clear that I will not lead the Labour Party in any future election campaign,” Jeremy Corbyn conceded after Labour's historic defeat Thursday night.

He really had no other choice. In the UK's third general election in five years, the Conservatives won an 80-seat majority, while Labour had its worst showing since 1935.

In terms of seats won, this is Labour's worst performance at a general election since 1935. pic.twitter.com/wbrSMcrKMi

Sky News analyzed the "staggering" results, reminding viewers of the election when Michael Foot was the leader of Labour, which has long been considered the "worst ever" Labour performance. Until now.

A few minutes ago, @SkyNews examined Labour Party #UKElection results since 1918 with a nice, big chart showing just how bad it will be for the party of anti-Semites and socialism. Enjoy! #GE2019 pic.twitter.com/emhOiSVNYt

The good news is that the party appears united on where to lay the blame.

Jeremy Corbyn is one of the UK's most unpopular leaders. Ever. He's more radical than your typical leftist politician. And he just seems like a curmudgeon.

But those aren't even his biggest problems. A recent poll found that 87 percent of British Jews believe Corbyn is anti-Semitic. Here's why.

The litany of alarming incidents is well rehearsed: Corbyn’s support for an artist who drew a mural depicting hook-nosed bankers getting rich on the backs of the poor. (He said he had not looked properly at the mural.) His assertion in 2013 that British Zionists “don’t understand English irony.” (He said he would now be more careful about using the word Zionist, because it had been “hijacked by antisemites as code for Jews.”) Labour’s refusal to adopt in full an internationally recognized description of anti-Semitism. Each of these individual incidents was made more toxic by the party’s slow handling of complaints filed by Jewish members. During the campaign, Corbyn refused four times to apologize for the distress caused to the Jewish community when questioned on camera by the BBC’s Andrew Neil—a particularly odd decision, because he has done so previously. The party is currently being investigated over allegations of institutional anti-Semitism by Britain’s Equality and Human Rights Commission. (The Atlantic)

Last April, reports revealed that Corbyn failed to discipline or expel the Labour lawmakers who had a history of posting hateful messages like, "Heil Hitler,” “F*** the Jews,” and “Jews are the problem.” His office had received the complaint a year before, but the MPs were still in Parliament. Shortly after those revelations, the British Jewish Labour Movement passed a nearly unanimous no-confidence motion in Corbyn. The systemic anti-Semitism was so bad that several MPs resigned from Parliament over it.

Suffice it to say, Israeli leaders rejoiced at the news of Labour's defeat last night.

Warm congratulations to my dear friend @BorisJohnson in roundly defeating Corbyn’s anti-Semitism. Knowing you since your time as London Mayor, I’m sure this victory will greatly benefit the British people and the historic bond between the UK and Israel. pic.twitter.com/zXoty7vmPx

Corbyn's not-so-friendly demeanor, and radical leftist agenda, and the anti-Semitic wing of his party worked together to drive quite a few swing voters in Johnson's direction.

It wasn’t just Brexit that won it, though: Johnson’s character was important. Labour partisans may regard him as an unspeakable moral vacuum, but floating voters – they existed in this election despite the polarisation of the past four years – looked at him differently. You only have to ask whether Johnson or Jeremy Corbyn is more capable of governing to know their answer. (The Independent)

Corbyn also torpedoed Labour's chances by failing to present a comprehensive Brexit plan. While Johnson and the Conservatives pledged to "Get Brexit Done," Corbyn's pitch for voters was basically: Vote for me and we'll hold a second referendum so you can vote again and we'll all be just as confused as ever!

In his victory speech Friday morning, Johnson pledged to "end the nonsense" and enforce the Brexit date of January 31.

Not only did Brits vote to be carbon neutral on Thursday, they voted to be "Corbyn neutral," Prime Minister Boris Johnson quipped during his victory speech Friday morning.

Who will be the new leader of Labour? No clue. But can he or she possibly be any worse?