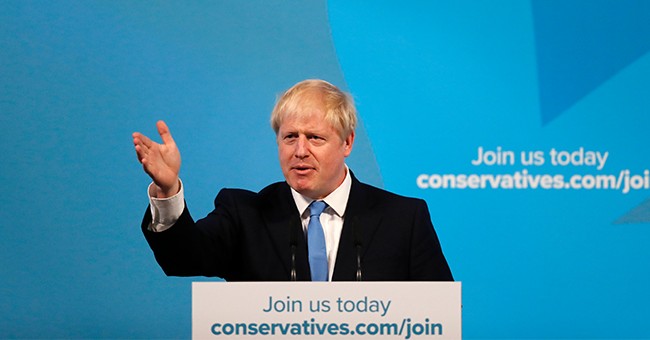 If the UK exit poll is correct, this election will be:
--The best Conservative result since Margaret Thatcher in 1987
--The worst Labour result in more than 40 years https://t.co/SOSZrSc6cZ

Prime Minister Boris Johnson's Conservative Party has maintained the majority in the United Kingdom's third general election in the past five years, exit polls find. That means he will still in the driver's seat to deliver on Brexit and take the UK out of the European Union, three years on from when Brits voted to leave.

Had Jeremy Corbyn's Labour Party prevailed, he would have likely insisted on a second referendum.

Brexit derailed the prime ministership of Johnson's predecessor Theresa May, whose negotiation with Brussels failed in Parliament a historic three times.

Exit poll shows Tories winning a majority of 86. I'll believe it when I see it. https://t.co/CDGLWK2GM6

As the results continue to trickle in, Labour candidates and supporters have begun to lay the blame on one man: Jeremy Corbyn.

Sorry @daneacross this is one mans fault. His campaign, his manifesto, his leadership. @jeremycorbyn https://t.co/Oo23Ai1uqu

It was all there. The question is whether the party want to finally be honest and address this and remove it.

And this, from The Guardian:

"Ian Murray, who again may end up the only Labour MP in Scotland, has told Jeremy Corbyn to consider resignation, saying Labour lost the election because it had ignored the voters 'and delivered the most rightwing Conservative prime minister this country has ever seen.'”

Recent polling has revealed just how unpopular Corbyn truly is.

Stop the Fearmongering: Johns Hopkins Doctor Shreds Latest COVID Madness Peddled by CDC and Fauci
Townhall
Scott Gottlieb: 'I think we're further into this Delta wave than we're picking up...in another two or three weeks we'll be through this'
Twitchy
January 6 Commission Star Witness Has a History of Hating President Trump and Supporting Riots That Aren't Where He's Working
Redstate
The Morning Briefing: Who Are the Idiots Who Still Think the CDC Has Any Credibility?
PJ Media