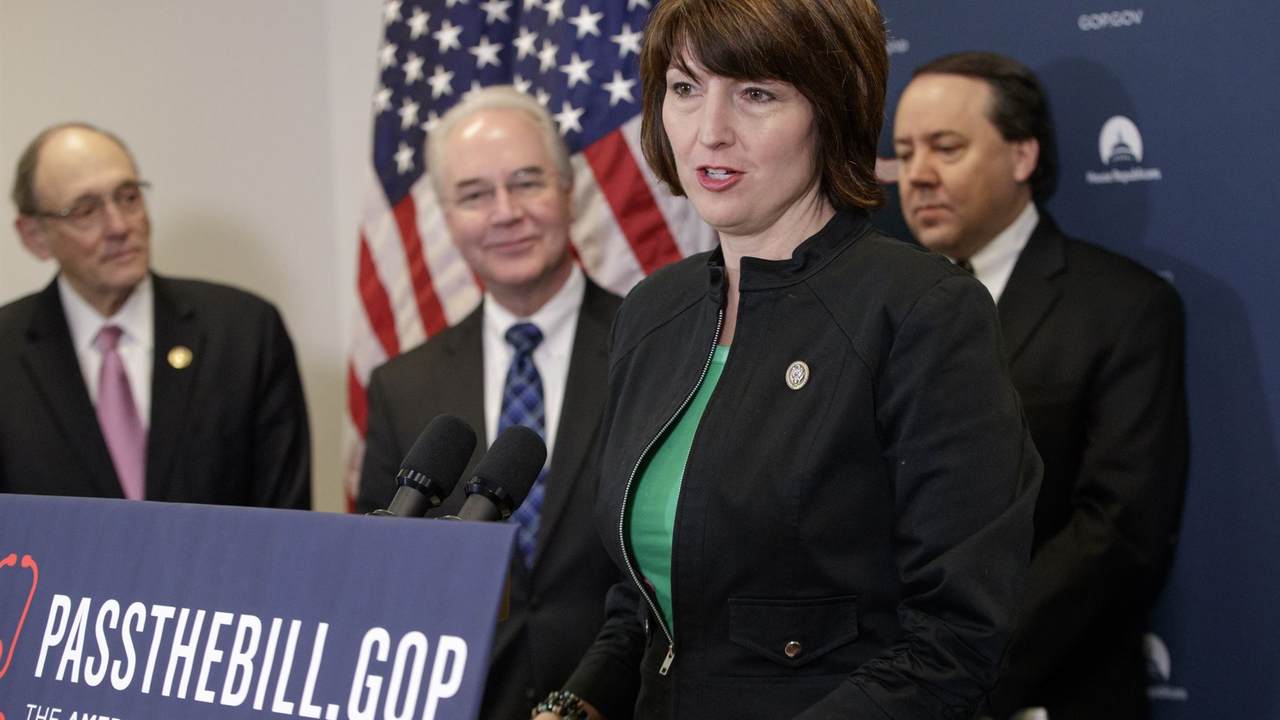 Democrats held a Medicare for All hearing in the Energy and Commerce Health Subcommittee on Tuesday to consider legislation introduced by Reps. Pramila Jayapal (D-WA) and Debbie Dingell (D-MI), along with six other bills aiming for "universal" coverage. You can glance at the details of all the plans here. The Democrats described it as a hearing to promote “proposals to achieve universal health care coverage.”

Rep. Cathy McMorris Rodgers (R-WA), who is running to be the next Republican leader of the Energy and Commerce Committee, disagrees with her colleagues' approach. As of late, she's highlighted the tragic story of Melissa Verleg, a mom from Canada living with cystic fibrosis. Verleg had been in pain for years, until she discovered the drug Orkambi. The medication greatly improved her quality of life, but then the government stopped paying for it.

Individual provinces in Canada take guidance from the Canadian Agency for Drugs and Technologies in Health when considering what drugs to fund. British Columbia decided in March 2017 not to cover Orkambi, concluding that the drug had not provided significant improvements in a majority of patients and was, therefore, "not cost-effective."

Verleg is one of approximately 200 patients in B.C. who have her specific kind of cystic fibrosis, and on Facebook, she shared that she was distraught by the news. She directed her desperate letter to Canadian Prime Minister Justin Trudeau detailing her plight.

"I was on Orkambi for about a year when I found out I was going to lose my private health coverage," Verleg wrote. "Knowing that I was about to lose coverage, my healthcare team and I made an appeal for coverage to my provincial Health Minister Adrian Dix, but my appeal was declined because Minister Dix said that Orkambi had received a negative recommendation from the Canadian Agency for Drugs and Technologies in Health (CADTH), which makes non-binding recommendations on which prescription drugs our public drug programs should and shouldn’t cover. The ministry repeatedly dismissed my appeals and I eventually lost access to a medicine that I now know was saving my life."

Verleg filed a class action lawsuit against the federal minister of health and others for $60 million in damages for denying the coverage, alleging that the government's failure to cover the drug violates the Canadian Charter of Rights.

"The system doesn't work for rare conditions," said Chris MacLeod of Cambridge LLP. "Lives are on the line."

Rep. Rodgers shared Verleg's story as an example of what patients here in the U.S. could potentially experience if Congress enacts Medicare for All. Could it likewise minimize access to care, treatments and cures?

“When it’s up to the government to make decisions about what new treatments and technologies are covered, patients lose access to life- saving innovations and care options," Rodgers said in a statement provided to Townhall. "We see this happening in Canada’s single-payer system. There are people like Melissa who have no choice but to beg the government for access to their Cystic Fibrosis medication. We can’t let this become America’s future with a complete government takeover of our healthcare system with Medicare for All. Rather than look to policies that lurch us toward socialized medicine, Energy and Commerce should be leading on healthcare solutions that support innovation, improve care, and enhance access to new cures and treatments.”

"What is most tragic about my case is that I may leave my husband and boys behind because I could not access a medicine that was highly effective for me in a country that claims to have universal healthcare," Verleg wrote. "Canadians now have the right to die, but what about my right to live?"