Why Joni Ernst Blames Schumer, Not Feinstein, for Walking Away from Her Bipartisan Violence Against Women Act 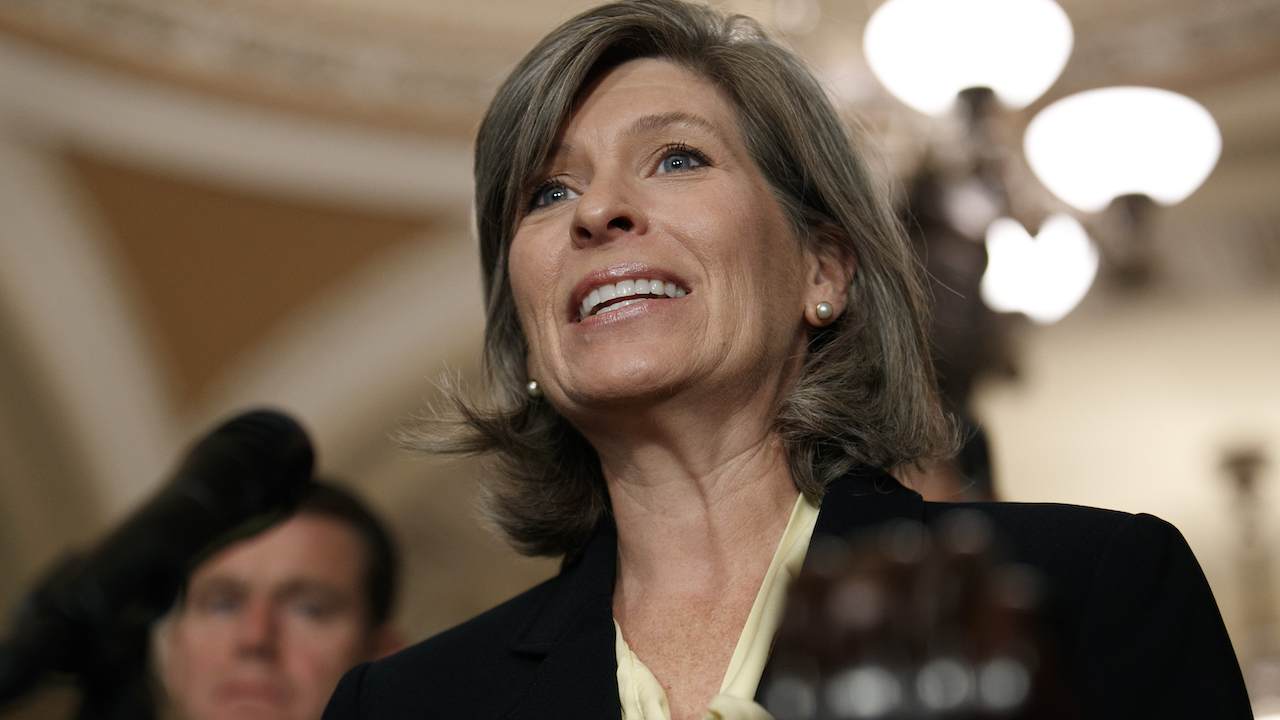 For the past eight months, Sen. Joni Ernst (R-IA) has been working to reauthorize the Violence Against Women Act. The bill, which was originally introduced in 1994 as part of the Violent Crime Control and Law Enforcement Act to support women who have been violently abused, expired last year. The House voted for a five-year reauthorization last April, but Ernst's version is not having much luck in the Senate because of, you guessed it, partisan politics.

Some of Ernst's friends across the aisle like Sen. Dianne Feinstein (D-CA) were initially happy to join her effort, and they seemed to be making some progress, too. The bipartisan bill they brainstormed over addressed female genital mutilation, tripled the amount of funding that is available for education and sexual assault prevention, and enhanced penalties for abusers.

But Feinstein walked away at the eleventh hour to reintroduce the House version, a bill that Democrats themselves have admitted will not pass the GOP-controlled Senate.

"They're standing in the way of $1 billion of funding for resources for survivors of domestic violence and sexual assault," Ernst told a group of reporters on the Hill last week. "We really do need to proceed."

"I do not want to throw Dianne under the bus," Ernst explained. "Because honest to goodness, she has been very good to work with. I love working with Dianne."

Even as the Democrats were prepared to introduce their bill, Ernst recalled how Feinstein came over to sit by her and shared her hope that they could still work on the bipartisan bill.

"She genuinely wants to find a way forward," Ernst said. "But she told me many months ago that Chuck Schumer had told her she would be the one introducing the House bill. She waited as long as she could, but I think the pressure was just too much."

As a survivor, protecting women from violence and abuse is incredibly important to me. It's shocking that @SenSchumer is blocking my VAWA bill that:

The offering that Schumer reportedly pressured Feinstein to introduce is "full of political talking points," Ernst regretted. There were several provisions that the Democrats "refused to budge on," including the "retroactive" gun penalties against abusers.

"If you were convicted of domestic violence 30 years ago, you can have your gun rights taken away today," Ernst warned. "That doesn't allow for due process. That doesn't follow the Constitution. So that was a non-starter."

There were a few more sticking points. Iowa isn't New York; It doesn't have shelters around every corner. If you lived in Red Oak, for instance, the nearest one is an hour away. Ernst's bill offers housing vouchers that enable survivors to rent an apartment or a home in their home community to escape their abusers. But that too, she says, is threatened by the House version.

"The Democrats have a convoluted way of landlords and other property owners applying for the opportunity to receive those vouchers," Ernst explained. "We've had various landlord groups say this is crazy. All the paperwork associated with this, we're just not going to participate anymore. That's really hard on small towns and rural areas."

Ernst told Townhall that she believes the Democrats getting cold feet has "a lot" to do with her re-election.

"Anybody that's up in 2020, Schumer doesn't want to move on legislation sponsored by them," Ernst said she heard through the grapevine. "Because it would be a win for me, and we can't have that."

"I was asked the other day, 'Would you be willing to take your name off of the bill if you think it would move?' Yes, I am. It's that important. This is not about Joni Ernst...This is about providing resources necessary for survivors.

That's saying something, considering Ernst is herself a survivor. She's spoken candidly about having been abused by both a college boyfriend and her ex-husband. She "can't imagine not having the resources available that she had at the time."

"My bill is a bill for survivors," Ernst said.

Feinstein used the same language to describe the House version.

"This bill is not a Democratic bill," according to Feinstein. "It's not a Republican bill. This bill is a survivors' bill. It's written with the help of survivors who know what's needed in the real world."

Ernst says she and her team will "continue to reach out" to moderate Democrats. And she still believes in her friend.

"I still think - and hope - that Dianne will want to come back to the table."