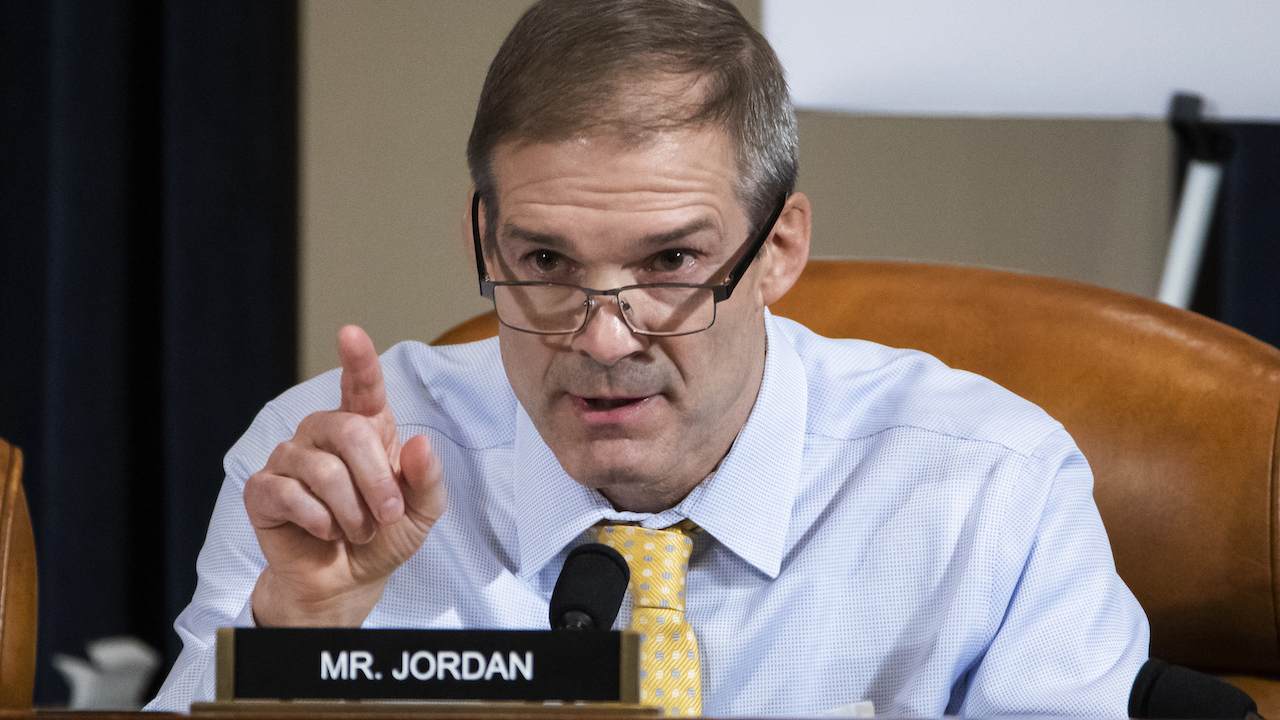 House Intelligence Committee Chairman Adam Schiff is in the driver's seat for the impeachment inquiry against President Trump. The resolution he authored last month, and which was voted on among sharp party lines, gives him authority to hold public hearings and to accept or reject witnesses. Republicans can suggest subpoenas or witnesses but must submit justifications in writing, and Democrats can veto them. So what are the odds that they'll approve of these Republican requests?

Rep. Jim Jordan (R-OH) provided the list of individuals the GOP wants to see on the stand at some point.

Republicans have requested a list of witnesses for the impeachment hearings (alphabetical order):

Will @RepAdamSchiff permit them to testify?

Hunter, the son of former Vice President Joe Biden, joined the board of Ukrainian gas company Burisma Holdings in April 2014. He was paid at least $50,000 a month despite his obvious lack of experience with either Ukraine or natural gas. It turns out Burisma was a bit shady and was being investigated by a Ukrainian prosecutor. Vice President Biden reportedly tried to get that prosecutor removed. President Trump knew of the controversy and, as he explained it, asked Ukrainian President Zelensky to look into the matter in a July phone call because he wanted to root out corruption.

Archer is the guy from that infamous golfing photo that inspired a Nickelback meme. The picture, which was first revealed on Tucker Carlson's Fox News program, showed Joe and Hunter Biden golfing with Archer. It appeared to upend Biden's claims that he never discussed his son's business dealings with him. Archer worked with Biden as managing partners at Rosemont Seneca Partners, a Washington investment fund, and later served on the board of Burisma with him. President Trump tweeted out the meme, only to have it taken down by Twitter because it apparently violated copyright laws.

Chalupa is the former Democratic National Committee contractor whose name was mysteriously redacted in the Democrats' closed-door testimony transcripts. According to Devin Nunes, Chalupa, who is Ukrainian-American, worked with Ukrainian officials to dig up dirt on the Trump campaign in 2016, particularly former Trump campaign chairman Paul Manafort and his ties to Russia. She has denied that the DNC used her for these ends and is "on a mission" to testify.

Hale is undersecretary of state for political affairs. He's already testified behind closed doors with his intel about Secretary of State Mike Pompeo and former Ambassador Marie Yovanovitch.

People familiar with the matter said Hale, the highest-ranking career diplomat in the foreign service, planned to say Secretary of State Mike Pompeo and other senior officials determined that publicly defending ousted Ambassador Marie Yovanovitch would hurt the effort to free up U.S. military assistance to Ukraine.

Hale also planned to say that the State Department worried about the reaction from Trump’s personal attorney Rudy Giuliani, who was one of the strongest advocates for removing the ambassador, according to the people, who were not authorized to publicly discuss Hale’s appearance and spoke on condition of anonymity. (AP)

Morrison was the senior director for European affairs on the National Security Council who, unlike the whistleblower, actually heard the phone call that launched the impeachment inquiry. To his recollection, he "was not concerned that anything illegal was discussed." It was his understanding that President Zelensky was not pressured to investigate the Bidens or risk U.S. military aid, and notes that ultimately, the aid was released. Morrison's testimony is at odds with the Democrats' chosen witness on Wednesday, Ambassador Bill Taylor.

Ohr, who is married to former DOJ official Bruce Ohr, was hired as a researcher for Fusion GPS to investigate members of the Trump campaign in 2016. Her research may have been used in the infamous Christopher Steele dossier. She also worked as an independent contractor for OSW, the CIA's internal open-source division, for six years.

Volker is the former U.S. Special Representative for Ukraine. He was the first witness in the impeachment inquiry, in which he shared his concern that Trump lawyer Rudy Giuliani had painted a negative impression of Ukraine in his conversations with Trump.

The whistleblower. The person who jumpstarted the Democrats' impeachment inquiry. He/she filed a complaint against President Trump alleging that he threatened to withhold military aid from Ukraine during that July phone call with President Volodymyr Zelensky.

Rep. Jordan isn't holding his breath that Schiff will approve their list, especially that last witness.