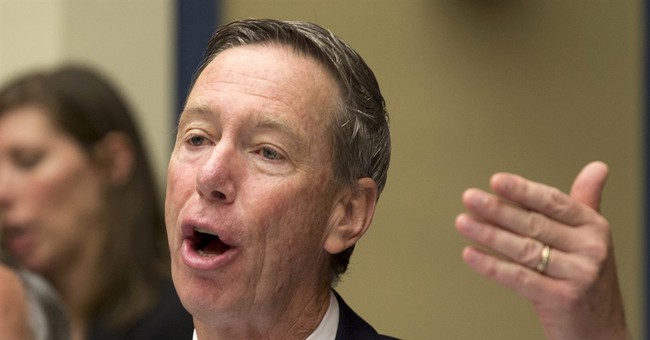 Rep. Stephen Lynch (D-MA) warned Democrats on Thursday that they need to start crafting their charges against President Trump more carefully, or this whole process could backfire on them.

Lynch, who sits on the House Oversight and Reform Committee and is considering running for the chairmanship, reasoned that the phrase "quid pro quo" is much too complicated. But "bribery," on the other hand, now that's something the American people can understand.

"My own wife says to me, 'what's with this quid pro quo? Just call it bribery. That's what it looks like,'" Lynch shared.

So, is that what he'll call it from now on, CNN's Alisyn Camerota wondered. Is "bribery" a better slogan?

"My own wife says to me, 'what's with this quid pro quo? Just call it bribery. That's what it looks like,'" says @RepStephenLynch, adding that how they "describe the offenses in the articles of impeachment is critical" for public opinion.https://t.co/b8inA25Osp pic.twitter.com/TSLmJPl733

“I think that’s a good option and I know there are some constitutional scholars out there who suggest we do that very thing," he replied. "This could be more accurately described as bribery.”

The language they use during the inquiry is important because without public support, Lynch explained, the Senate will vote to exonerate the president.

For awhile Lynch was one of the more reluctant members of Congress when it came to impeachment. But, like many of his colleagues, he says the linchpin was Trump's July phone call with Ukraine president Volodymyr Zelensky in which he asked his counterpart if he would investigate Joe and Hunter Biden. Trump insists his intent was to root out corruption, but his critics are convinced that his request of Zelensky was for more nefarious political purposes.

"We have direct evidence from the president's phone call, we have corroborating evidence, we have physical evidence and I think we will prove our case to the American people that the president broke the law," Lynch explained on Boston Public Radio. "In fact, we got every single Republican Senator to support an impeachment inquiry, and that is a sea change that is clearly different from what we had earlier on, when I was reluctant."

Now he's so convinced in Trump's wrongdoing that he's crafting the Democrats' message.