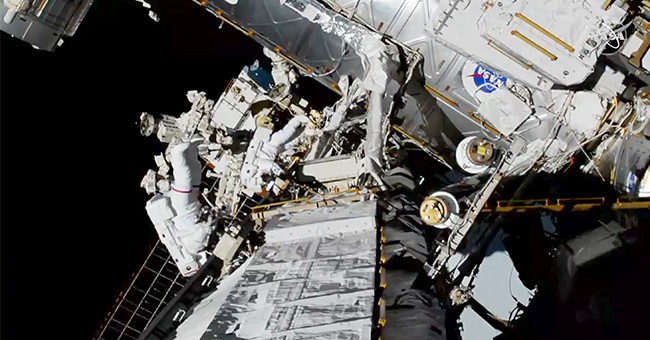 On Friday, Christina Koch and Jessica Meir became the first female astronauts to conduct an all-female spacewalk outside the International Space Station to replace a faulty battery charger.

The astronauts are thrilled to have left their mark on history.

“In the past, women haven’t always been at the table,” she said in an interview with NPR from the space station. “It’s wonderful to be contributing to the human spaceflight program at a time when all contributions are being accepted, when everyone is having a role, and that can lead in turn to an increased chance of success.”

Meir said the spacewalk “shows all the work that went in for the decades prior — all of the women who worked to get us to where we are today. The nice thing for us is we don’t even really think about it on a daily basis. It’s just normal. We’re part of the team. . . . It’s really nice to see how far we have come.” (Washington Post)

Legislators applauded the operation and President Trump himself congratulated the pair.

And the ultimate compliment:

NASA's next mission is to send the next man and the first woman to the moon by 2024. In June 2018, Trump announced plans to launch his Space Force. If approved, it would be the first new military branch in 70 years.